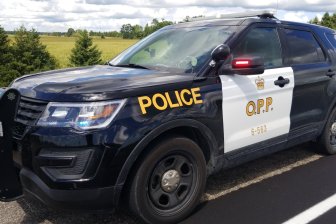 Sarnia, Ontario police have filed a manslaughter charge after a man died in a “physical altercation”.

On August 28, two people who knew each other were at a meeting in Block 100 of Maness Court.

According to police, an argument later broke out between the two, which escalated into a physical altercation during which “bystanders had to stop the fight.”

The victim remained unconscious after the brawl and was taken to hospital with serious injuries.

The other man was arrested and charged with grievous bodily harm.

The victim was later taken to the London Health Science Center in critical condition, where she died of the injuries on September 4.

The victim has been identified as Dalton Eugene Bressette, 26, of Sarnia.

Brandon Gilbert, 23, of Sarnia, was arrested again on September 15 and charged with manslaughter.

He remains in custody pending a hearing on bail.

“I used to be in one of the lovely markets in...

Faculty college students have their work showcased at College of the...

This Eco-Pleasant Condo is a Peaceable Refuge within the Coronary heart...