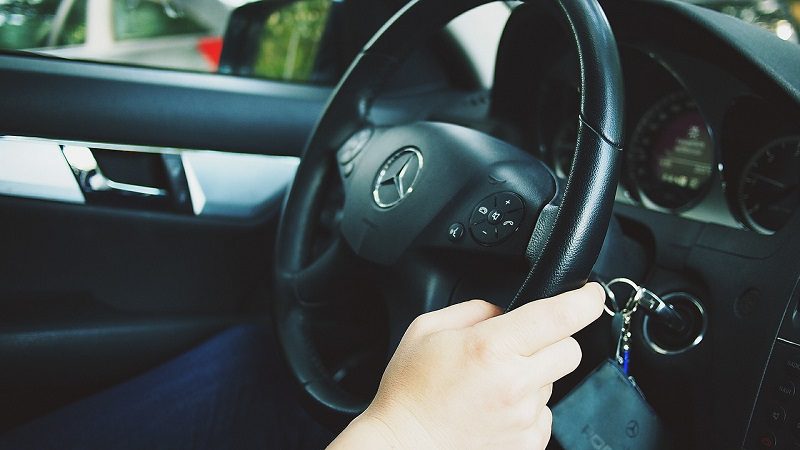 A moisture problem that has plagued a pensioner’s home since the 1980s was so bad he could no longer live there – and said it almost took his life.

Arthur Guidotti, 86, who had been in the hospital for nine weeks, lived in his rented apartment in Brockley for 50 years.

The former driving instructor says he complained to landlords about the mold there for three decades.

In April he fell ill with a serious chest infection and woke up 10 days later in a hospital bed in Lewisham to the news that he had almost lost his life.

When he regained consciousness, Mr Guidotti said he had been told by Lewisham Council Social Services that his home had been declared unsafe.

Council inspectors have been called in and he claims his illness was caused by his living conditions.

He told the South London Press: “I’ve been told I was lucky to be alive. I’ve been in the hospital for nine weeks now but I can’t go home because it could kill me.”

One hundred young fathers took to the streets to urge others to take a leadership role in their children’s lives.

The day before Father’s Day, the 100 Dads Walk saw men from across Lambeth join forces to walk from Brixton to Brockwell Park in a show of solidarity.

The march aimed to encourage fathers to take an active part in their children’s lives and was organized by Streatham-based charity St Michael’s Fellowship and self-help group Lambeth Dads.

An outbreak of diarrhea and vomiting hit more than 90 people at a yoga seminar.

About 10 percent of the 850 delegates suffered from food poisoning after the conference at the National Sports Center in Crystal Palace Park.

Delegates were also warned that they could spread the bug to others they came into contact with.

Determined residents fighting to save a valuable green space from being absorbed by a new elementary school celebrated the opening of a community garden on the site.

The garden at Lambeth Walk Open Space in Fitzalan Street, Vauxhall was set to become a site for a new school but was saved from the developers by local residents.
Children from nearby Vauxhall Primary School were set to move to the new school’s grounds after the district experienced a shortage of school places.

The fight went all the way to the High Court and activists won a judicial review against the building.

Lambeth Police have announced a crackdown on illegal minicab drivers in a series of hot spot stops.

The first round of checks resulted in a drunk driver being arrested for soliciting business on Kennington Park Road. Another has already had a driving ban imposed.

As part of the raid, police set up roadblocks and dispatched plainclothes officers to try to catch unlicensed minicab drivers in the act.

22 cars were found unroadworthy, with defective brakes and worn tyres.

The show went on as usual after a bomb went off outside the Royal Festival Hall, delaying early performances at a charity event.

But the afternoon performances went on anyway. The blast was powerful enough to blast windows at the South Bank venue and severely damaged a craft shop.

The IRA claimed responsibility for the attack, which was carried out with what the anti-terrorist unit called “a small amount of high-quality explosives”.

About 80 people were at the venue for an AIDS awareness concert.

More than 2,000 south Londoners awaiting surgeries have been told they would be placed on a “Twilight Zone” list to help hospitals meet waiting list goals, according to a health watchdog.

Several of London’s largest hospitals, including Guy’s, King’s College and St Thomas’, were on the verge of signing an agreement to keep waiting lists down.

Patients who were unable to get their surgery within 12 months were told they would be treated as outpatients in a move which staff at London Health emergency supervision said was “cooking the books”.

South London was at risk of being hit by a nuclear disaster every five days, campaigners say.

In 1991, 40 trains carrying nuclear waste from the Dungeness reactor in Kent and from Europe were sent through south London.

British Nuclear Fuels, operator of the Dungeness plant, claimed the material is safe and poses no danger to local residents as it is stored in strong lead drums.

But Greenpeace and the group Kent Against Radioactive Environment remained unconvinced.