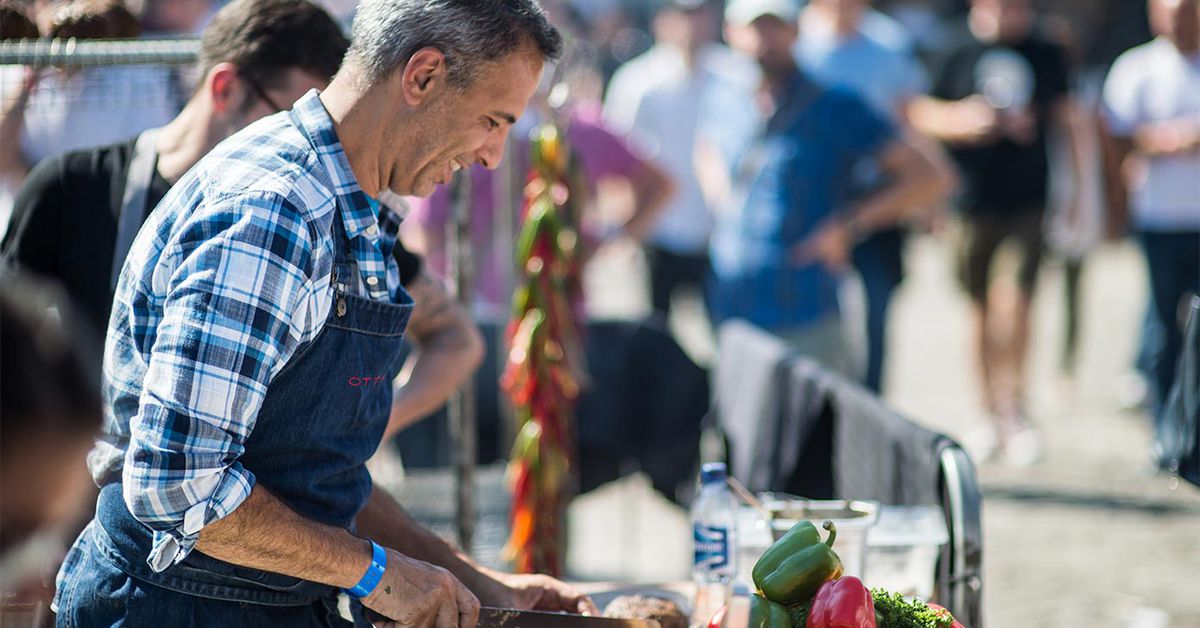 London’s festival circuit is back in full swing this year with the return of All Points East, the National Geographic Traveler Food Festival and Meatopia. Alongside the usual big musical hits, a range of cultural celebrations are also planned, either for the first time since the pandemic or in their inaugural year. Here are some of the food events in store for the rest of 2022, in chronological order.

pub in the park

When: June 17 – September 18
Where: Different places
What: Pub in the Park celebrates everything about your good old British pub. This includes, of course, pub food, cooking collaborations, guest beers and lots of music. The touring festival kicked off in May with scheduled dates across the country through September.

Taste of the Caribbean

When: 2nd July
Where: Croydon Road Leisure Park, 319 Croydon Road, Beckenham BR3 3FD
What: Britain’s largest culinary festival dedicated to the food of the Caribbean islands. This event brings together over 20 of the UK’s best restaurants and street vendors from Jamaica, Trinidad and Tobago, Antigua, Dominica, Barbados, Guyana, Grenada and more. A dedicated jerk area serves chicken, lamb, and pork. Dishes such as fried chicken, roti, doubles and a tremendous variety of traditional and contemporary Caribbean fare are on offer.

When: 3rd of July
Where: Clissold Park, Stoke Newington N16 9HJ
What: The culmination of a month-long festival celebrating Turkish and Kurdish culture. Day-Mer was founded 33 years ago to support the social and economic rights of Turks and Kurds living in London. The Day-Mer Turkish and Kurdish Community Center Culture and Arts Festival kicked off on Wednesday 15 June and will conclude with an event in Clissold Park featuring musicians, folk dancing and of course food.

When: July 16-17
Where: Business Design Centre, 52 Upper Street Angel N1 0QH
What: The National Geographic Traveler Food Festival will return to London this July for the first time since 2019. Guests can expect a showcase of cuisines from around the world with live demonstrations and master classes from renowned chefs such as Jose Pizarro, Fuschia Dunlop, MiMi Aye, Ixta Belfrage, Olia Hercules, Richard Corrigan and Andi Oliver.

When: July 16-17
Where: Different places. The London event will be held at the London Stadium, Queen Elizabeth Olympic Park E20 2ST
What: A tribute to London’s staple, the chicken wing, in all its versatility. More than 200,000 wings will be served by over 40 vendors, each with their own take on this iconic snack. Wing fans can look forward to live music, limited-edition merchandise and even a food contest for the brave.

When: July 22-24
Where: Evolution London, Queenstown Road, Chelsea Bridge, Battersea SW11 4NJ
What: A festival highlighting the breadth of Japanese culture, from samurai performances and music to anime and sake experiences, where brewers are on hand to talk about their products. Guests can sign up for origami and shodo calligraphy workshops and learn all about tea ceremony etiquette. Food and drink is associated with Eat Japan and includes booths from Maids of England and Marugame Udon.

When: July 30-31
Where: Old Deer Park, 187 Kew Road, Richmond TW9 2AZ
What: Run by the folks at the Local Food Festival, it welcomes local traders as well as those who have traveled from across the UK to showcase their specialist produce. There will be live demos and a kids’ zone, making this a family-friendly event.

When: August 12-13
Where: Tobacco Dock, Tobacco Quay, Wapping Lane, Wapping E1W 2SF
What: More than 100 brewers from the last decade will be in town for this 10th anniversary event, as well as some newer breweries to showcase their wares. The food comes from Decatur, Fallow and From the Ashes BBQ.

All points to the east

When: Aug. 19-27
Where: Victoria Park, Grove Road. Arch E3 5TB
What: The music festival has grown into one of the capital’s most important events since its inception in 2019. For 2022 it returns to its original format, taking place over two weekends in Victoria Park, east London. Expect a range of food trucks featuring festival veterans, East London vendors and a range of cocktails alongside a varied music programme.

When: September 24-25
Where: London Stadium, Queen Elizabeth Olympic Park E20 2ST
What: A host of London Halal establishments have joined forces with a live cooking theatre, shopping stalls and over 100 food stalls selling Halal burgers, hot dogs and other street food. A variety of international dishes, dessert stands, mocktails and food competitions – including chili challenges and meal breaks – await at this event, which challenges braggart guests to show off their food skills in front of a live audience.

Six out of ten who died of Covid had been disabled,...

Does London actually have a starvation disaster?