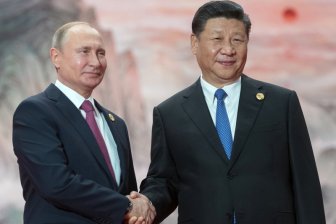 It was a big day for the little ones as Corus Radio London hosted its annual Corus Radiothon for Children.

Friday from 5.30am to 6pm, Global News Radio 980 CFPL, along with its sister stations FM96, 103.1 Fresh Radio and Country 104, broadcast stories from family members at the Children’s Hospital at the London Health Sciences Centre.

Born out of a partnership between the Children’s Health Foundation and Corus Radio London, the annual fundraiser has raised more than $1 million for Children’s Hospital in its eight-year history, thanks to an endless amount of local generosity.

While based in London, Ontario, the hospital has seen more than 160,000 patient visits from across the province, including Windsor, Owen Sound and Northwestern Ontario, over the past year.

#CorusRadiothon has started, so tune in now and show your support! You’ll hear stories about how children and healthcare workers have weathered this pandemic! @FM96Rocks @Country104 @1031FreshRadio @AM980News pic.twitter.com/irpAOFtjaU

Aena Hussain’s journey to healthcare is one of the countless success stories that have produced Children’s Hospital and the care it provides.

It started just days after she was born when doctors discovered a hole in her heart.

“I basically had something called truncus arteriosus. For me, that meant I had to have surgery as a baby,” Hussain said.

“After that, I had to keep going to the hospital for check-ups just to make sure I was okay. These checks used to be very frequent, but with increasing age it became half a year, (back then) only once a year.”

“I no longer sit at the little table and play with the toys while I wait, I sit in a chair and watch other young children do it,” Hussain said.

“Every time I go there and see other little kids sitting in the waiting room, I always think back to how I started there, too. It’s definitely something that holds a special place in my heart.”

Hussain will soon be moving into adult care and says the thought of leaving Children’s Hospital made her nervous, but she’s been able to maintain their bond through volunteer programs, which allow her to help those who are walking in the shoes she once was wore.

“Now that I’ve received the help, I want to give it,” Hussain said.

HUGE thanks to the Zubick family for their incredible $9,350 PICKLE JAR donation to the Corus Radiothon for Children’s Health Foundation!
PLUS, the kids alone raised $250.35!

The children’s hospital is also a second home for Andie Morrison, 14.

She was diagnosed with Diamond Blackfan anemia after doctors discovered she had a low blood count when she was just nine weeks old.

Since then, she has undergone more than 200 blood transfusions and countless visits to Children’s Hospital to treat her chronic pain.

Drivers take to the streets in support of the Children’s Health Foundation in London, Ontario.

While her appointments often last an entire day, Morrison says Children’s Hospital has always helped her get through.

One of Morrison’s favorite people at Children’s Hospital is Ollie Pale, who works as a therapeutic clown.

“I’ve known him forever. It’s great, we have fun conversations, he’s extremely funny,” Morrison said. “It really brightens your day because it completely distracts you from what’s actually going on.”

Donations to the Corus Radiothon for Children can be made online at childhealth.ca/radiothon or by texting “CHILD” to 4-10-10.