The Virginia-headquartered hotel company’s growing most rapidly in the US but the People’s Republic isn’t far behind, according to the TOPHOTELPROJECTS construction database.

Our dedicated researchers report that Hilton Worldwide has a staggering 751 hotel projects with 150,865 rooms in the works globally.

The US and China battle for supremacy

The hospitality giant behind famous brands like Waldorf Astoria, Conrad and LXR is continuing to strengthen its footprint in the US, where there are 225 schemes and 39,728 keys on its books. This puts the Land of the Free just ahead of the People’s Republic in the development stakes – the company’s currently progressing 184 properties in China, albeit with a marginally higher total room count of 41,779.

To put these figures into some kind of context, Hilton Worldwide’s third biggest country in terms of activity is the UK, with just 29 projects and 5,473 rooms. 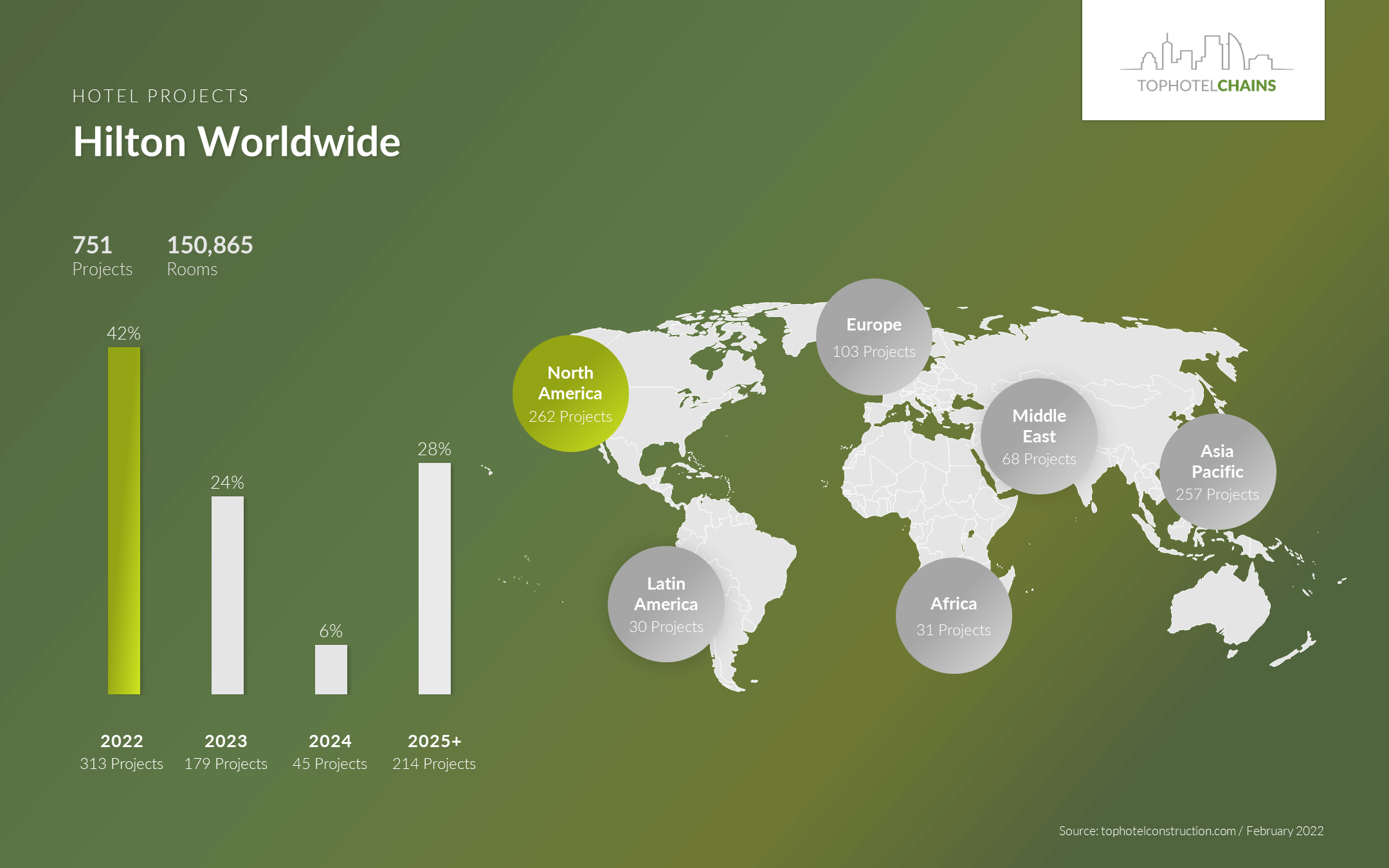 Our database can also shed light on which of Hilton Worldwide’s many brands are busiest right now.

The company’s flagship, Hilton Hotels & Resorts, leads the way in this regard with 139 projects and 39,385 rooms. A close second is Hilton Garden Inn, courtesy of its tally of 123 properties and 22,690 keys, while Hampton by Hilton rounds out the top three with 101 schemes and 14,832 rooms.

The stars align for Hilton

The presence of brands like Hilton Garden Inn and Hampton by Hilton in our rankings perhaps points to a wider truth – that Hilton Worldwide isn’t overly focused on the luxury segment. In fact, just 238 of the hotels that we’re tracking (which collectively account for 61,628 rooms) involve the five-star category, with the remainder (512 properties, 89,237 keys) addressing the needs of the four-star market.

We also won’t have to wait long for many of these projects to come to fruition either. A total of 313 schemes with 64,408 rooms will be delivered before the year is out, while an additional 179 hotels and 35,478 keys will join them in 2023. The pipeline looks considerably smaller for 2024, with just 45 projects and 9,674 rooms scheduled to land then – although more will doubtless be announced nearer the time – and a further 214 properties with 41,405 keys have been mooted for 2025 and beyond.

Hilton projects that are currently being built out

By drilling down into the data – and focusing on two under-construction projects that are already turning plenty of heads – it’s possible to get a clearer picture of what Hilton Worldwide’s frenetic activity looks like on the ground.

First up is Waldorf Astoria Jakarta, which will occupy a soaring 74-storey mixed-use development on Jalan MH Thamrin in the heart of Indonesia’s capital. There’ll be 182 rooms and suites, an all-day dining restaurant, a speciality restaurant, a destination bar, the Peacock Alley lobby lounge, a 2,000 sq m ballroom, multiple meeting rooms, a business centre, an outdoor pool, a health club and spa, and a library lounge. Scheduled to open in Q3 2023, this ambitious hotel is being brought to life by a team that includes KPF – Hong Kong (architecture) and GA Group – London (interior design).

Secondly, and also aiming to complete in Q3 2023, we have The Godfrey Hotel Detroit. The design team working on this 227-key, seven-storey property in Michigan’s largest city includes Elkus Manfredi Architects (architecture), Neumann/Smith Architecture (architecture) and The Gettys Group Companies (interior design). Associated with the Curio Collection by Hilton brand, the property will feature an indoor / outdoor rooftop lounge, a chef-driven ground-floor restaurant, a lobby bar, a fitness centre, meeting space and a 5,500 sq ft grand ballroom capable of accommodating more than 350 attendees at a time.

Many TOPHOTELNEWS articles draw on exclusive information from the TOPHOTELPROJECTS construction database. This subscription-based product includes details of thousands of hotel projects around the world, along with the key decision-makers behind them. Please note, our data may differ from records held by other organisations. Generally, the database focuses on four- and five-star schemes of significant scale; tracks projects in either the vision, pre-planning, planning, under-construction, pre-opening or newly opened phase; and covers newbuilds, extensions, refurbishments and conversions.

The Other House South Kensington The Other House is looking to acquire sites across London before expanding to Manhattan and beyond, CEO, founder and co-owner Naomi Heaton has told TOPHOTELNEWS. The trailblazing brand is planning to grow quickly following the debut of…

Hilton Worldwide has appointed an experienced travel industry leader to a key role with direct responsibility for 60 managed properties in its focused-service portfolio. One of the world’s largest hospitality companies has refreshed its EMEA team. A time of growth…

Preferred Hotels & Resorts has bolstered its global leadership team with the addition of Williams, who’ll be responsible for driving the independent hotel brand’s commercial efforts. An industry professional with experience at the likes of Highgate Hotels and… 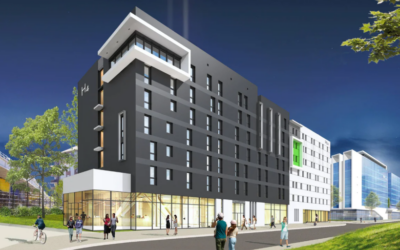 Accor has appointed Derry to lead its team in the Pacific, succeeding Simon McGrath, who is leaving the French hotel giant to take up a high-profile role in Sydney. A well-known industry professional has been picked to fill one of the most powerful positions in APAC’s…

London’s MPPs are calling for the return of Legislature to cope...

Britain’s ‘Leveling up’ artwork plan – which goals to divert funding...

Solely An Octave Aside opens London Run on September 30th

London: Woman, 2, discovered lifeless in backyard after disappearing from dwelling