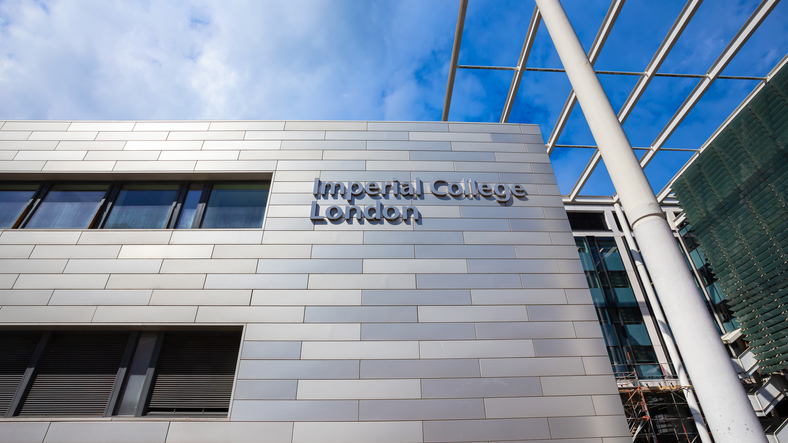 Muir Sanderson will step down as chief financial officer immediately, but the university said he will “help with the transition and support the college” through August 31. This means his departure coincides with that of Imperial President Alice Gast, who was also found guilty of bullying under the same investigation. She will step down at the end of her term in August.

The couple faced disciplinary inquiries in 2020 and have issued a public apology, but Imperial kept details of the allegations – contained in a report by Jane McNeill QC – under wraps until earlier this month.

The report, released following a ruling by the Information Commissioner’s Office, reserved its harshest criticism for Mr Sanderson, who, as Ms McNeill writes, “has created or contributed to a culture in which aggression and inappropriate and offensive comments are tolerated”.

It was found that Mr Sanderson had bullied two colleagues in early 2020 and, writes Ms McNeill, “from time to time uses language and exhibits behavior that is despicable in a modern workplace”. Along with Professor Gast, he was accused of having created a culture “in which personal likes and dislikes are allowed to interfere with objective decision-making”.

In a statement released after the report was published, Mr Sanderson said he had “tried to learn the lessons it contained”. But members of the Imperial branch of the University and College Union overwhelmingly supported a motion of no confidence in Mr. Sanderson and Professor Gast.

In an email sent to Imperial staff and students on February 22, Mr. Sanderson said he had decided to resign. “I will always be proud to have worked at such a great institution and what we have all achieved together. I look forward to seeing the college go from strength to strength,” he writes.

In a message to the college community, Council Chair John Allan says that in a decade of service Mr Sanderson has “financially and strategically placed the College in a stronger position” but acknowledges that the release of Ms McNeill’s report “Caused renewed unrest and frustration and anger in the college community. It prompts us to once again ask important questions about what kind of institution we want to be and how we work and study together.”

Mr Allan says the council is “determined to create a fair and respectful environment for everyone in our community” and says progress has been made but adds the university now “needs to restore trust and that’s starting at the very beginning.” above”.

Mr Allan says Professor Gast’s successor, Hugh Brady – currently Vice-Chancellor of the University of Bristol – would work with colleagues “to bring about change, based on the lessons of these events, to ensure we deliver the culture we aspire to.” “.

“I’m speaking to department heads and many others this week about how best to do that. We will consider other reforms, including governance. We will also consult with employees on our bullying and harassment policy,” writes Mr. Allan.

“We have listened carefully to people across the college: from consuls, deans, department heads, student representatives and individual and group staff, feedback and meetings.

“I would like to personally thank you for sharing your experiences and views openly and honestly. The strength of the feeling is clear, as is the need for action. We will continue to listen and act. Together we can and will achieve excellence in our culture, just as we do in education, research and innovation.”

With the London Meals Financial institution, now you can take up...

‘London finance world continues to be all about your old school...

In keeping with the report, the Metropolis of London attracted fewer...