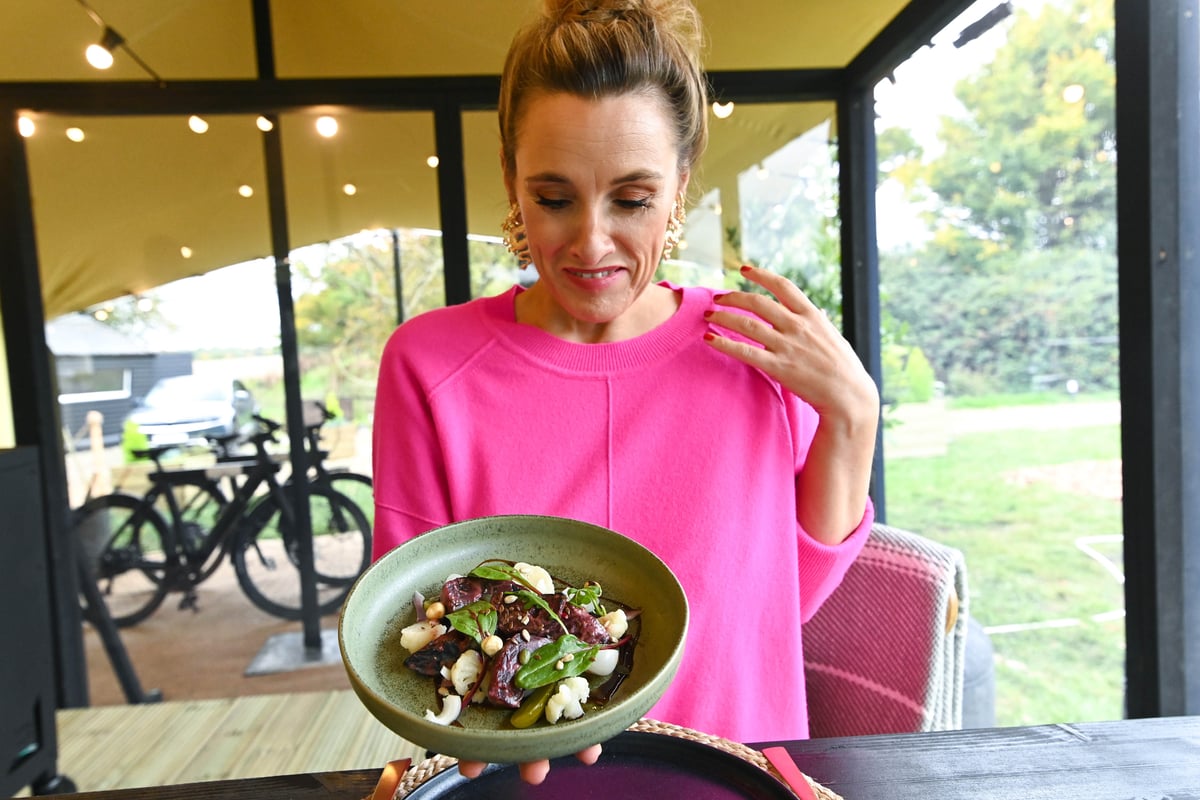 Food critic and Masterchef judge Grace Dent of the Guardian shares some of her favorite spots in the city with LondonWorld.

The 49-year-old author and podcast host has been honing her tastes in the capital for 25 years and is a respected name in the UK food industry.

Dent moved to London from Carlisle in 1997 and started as an editorial assistant at Marie Claire magazine.

She has since written a restaurant column in the Evening Standard, has published 12 novels including her most recent memoir, Hungry, and has appeared on several television programmes, including Channel 4’s Very British Problems.

Dent, who describes herself as a proud East Londoner, has shared some of her favorite spots in the city with LondonWorld.

“Of the new stores that have opened recently, I really like BiBi on North Audley Street,” she said.

“I’d love to bathe in his peanut sauce, squirt it down my armpits and behind my ears before getting dressed without showering,” she wrote.

She recommends this “weird, experimental, beautiful restaurant” for both date nights and those who need clients to love.

Dent, who describes herself as a part-time vegan, said, “It’s a very sustainable, environmentally conscious restaurant that they run in a very happy and light-hearted way.”

“Have dinner, save the planet, and be a superhero while eating massive amounts of brown butter smothered on top of potatoes,” she described the experience in her review.

Last but not least on their list is Milk Beach, an Australian restaurant on Manette Street.

“You walk down Greek Street, which Londoners have done a thousand times in the past, and what you don’t see is suddenly this weird alleyway has opened up, and you walk in and there’s this whole new complex, Milk Beach is in there,” she said.

She describes it as “an airy flutter through Mediterranean and Southeast Asian influences, with Sydney’s swagger at its heart”.

“These are my three places. If you told me tonight that I have a table there, I would say, “Yes, I’m coming.”

Dent describes her ideal day trip from London as a trip to the Columbia Road Flower Market on a Sunday.

“I think everyone should have this whole experience of having a nice coffee, buying some flowers, and then somewhere having a Sunday roast and coming out while they cut back on the flowers and plants,” she introduces wistfully.

“Then they go home with an aspidistra under their arm for which they have no room.”

“This coming Sunday I’ve decided to see the Crown Jewels because I’ve never seen them.”

She also enjoys the Cafe on the Water at Victoria Park and a mooch at Stratford Westfield before enjoying a bowl of udon at the Japan Center afterwards.

Why is London all coated in garbage?

London coronavirus: The backyard facilities within the capital ship through the...