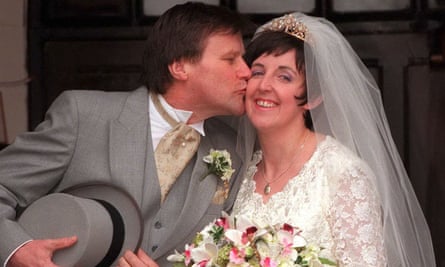 OOur art industry, like our country, is class-driven. And yet, talking about class is often seen as a throwback. For decades, politicians have tried to convince us that class does not exist, possibly in the hope that we would all conveniently stop looking at the unequal distribution of Britain’s wealth. What does it even mean to be “working class”? And how do we measure that fairly and authentically?

Only once was I asked to identify myself as belonging to a particular class on an equal opportunity form at a theater. It sparked a great conversation among the cast. Norah and I made excuses because we thought we couldn’t possibly call ourselves working class after literally throwing a ball around in a beautiful rehearsal space and getting paid to do it all morning. Mike was clear. You remain the class into which you were born, no matter how dramatically your circumstances change. A person born into great wealth and privilege does not suddenly become working class when deprived of that privilege and forced to become a window washer. A person born into poverty who becomes successful and wealthy does not become middle or upper class.

Tuition is about so much more than how much you make, what school you went to, what job you do, what accent you have. And most importantly, Mike added, if success automatically makes you middle class, who will the young working class look to for inspiration? Being identifiable as working class means you can proudly champion the next generation of artists from similar backgrounds.

I wasn’t really aware of the class until I went to Lamda to study in 1988. There I began to meet with people from a broader background than was available to me in the small industrial northern town I called home. The spectrum of wealth was quite narrow. My brother Dave was the first in our family to ever go to university, and by the time I started drama school he had already graduated from Oxford, so he was well placed to prepare me for the culture shock that was coming . I remember him saying he felt I had a strong sense of my identity as a woman – a committed feminist that I already was – but have I ever considered myself working class? I had not.

Julie Hesmondhalgh in The Greatest Play in the History of the World at the Traverse Theatre, Edinburgh, 2018. Photo: Murdo Macleod/The Guardian

My understanding of class was a Victorian model of toffs and chimney sweeps. We had a fridge and a car and enough food so I didn’t feel “working class” at all. I had already received a full scholarship to pay my tuition and rent in London for the three years of study. (There were schemes to support young people from lower income families at the time, and all of us from our Accrington College course had reapplied for a panel of officers at Preston City Hall and had successfully obtained the discretionary money we needed for our conservatoire education. None of my colleagues came from a wealthy background to be paid by their parents.)

Suddenly I was studying at Lamda alongside the graduates of Eton and Harrow, the children of judges and diplomats and Oscar-winning movie stars who lived in mansions in South Kensington. It was a huge culture shock, and I was a massive pain in the ass for a long time, as I almost instantly developed the ubiquitous chip on my shoulder and was under the spell of this group, which I felt was Brideshead Revisited-style refined. But there were workers from the North on the staff, and the Headmaster and Deputy Headmaster were big names at the Royal Court Theater at the height of the Angry Young Man period, so I never felt left out or unnoticed. It was a different story for the one working-class black woman in my year with 17 white men (plus one Latino-American) and six women. It’s well-documented how ill-resourced drama schools have historically included people from the global majority — and Andrea had the hardest time of all of us. For where class intersects with other oppressions (gender, race, sexuality, disability), there will always be a greater struggle.

It is now increasingly recognized that artistic institutions need to do more to encourage and support people in an industry that is being rigged against those who lack independent financial support. From unpaid internships and theater work, unaffordable student loans and a lack of childcare, to assuming people have time to prepare multiple selfies for auditions as if nobody needed other jobs to make a living. Then there are Spotlight fees, travel expenses, union membership…

The systems that existed for me as a young person (even in Thatcher’s Britain) have long since been dismantled: from student grants to a benefits system that allowed people to experience bad or unpaid situations without fear of retribution. My post drama school years were spent building, co-directing and working at Arts Threshold Theater completely unpaid, and this was the “apprenticeship” that began my acting career, made possible by welfare and housing benefits. Since then, I’ve paid back a hundredfold in taxes. I believe this is how a healthy and just society works. I’m a proponent of universal basic income: £9,000 a year for every citizen (with higher earners taxed at 100% unless they give it away) would end the Kafkaesque social nightmare for people and would particularly benefit people in the culture industries . It would mean more flexibility in entering into zero-hour contracts (which feels like a sad inevitability in the future), the opportunity for retraining, and more independence and freedom for people from disadvantaged backgrounds, especially the working class.

Class remains a factor in casting as well. I’ve known actors who completely reinvent themselves to assimilate and break into the next level of an industry that (with a few notable exceptions) still pigeonholes us because of our regional accents. It has struck me that my strong East Lancashire accent lends itself to being cast in ‘respectable working class’ roles – nurses, teachers etc. – but rarely doctors or lawyers. Actors with other accents fare even worse. Need someone to play a sex worker or drug addict? Get a scouser in. Someone fat as hell? Brummies, Bristolians, take your pick. RP is still the preferred accent to indicate good education, sophistication, and professionalism, as if no one outside of a certain class possesses any of these qualities. Although people with distinct regional dialects and accents hold all kinds of jobs, from QCs to surgeons to postmen and cleaners, we still use accent as an indicator of class – especially on television. And of course, this absurd, lazy, and obnoxious submission gets even worse when you’re black.

I still think it would be a bit ridiculous to say I’m working class now. Every area of ​​my life, from the many different people I’m happy with to owning my own home, from my healthy income to the cultural capital my family enjoys with our theater tours and art gallery visits screams at you after elitism. But my background (and, yes, my accent) means I’m identifiable as a northern working class – one I’m proud of, one who still influences the way I’m cast, and one who which I hope can inspire people who look, speak and think like me, who come from similar communities, to feel that a life in the arts is something for their own kind.

Class, make no mistake, there is more, if not more, in our society than ever before. Recognizing these divisions and inequalities is the first step in addressing the lack of access to the arts in working-class communities. If we’re not careful, we’ll end up with a culture sector populated only by the top stratum of society, which decides which stories are worth telling—and how. If, like me, you believe that art is a way of telling stories that give meaning to our lives, our society, our communities, then we all need to be a part of it. Right now, it’s harder than ever to thrive in an industry that’s class-driven and weighted against anyone who doesn’t have the networks in place to even get through the door.

The arts are not a playground for the rich and privileged, but a necessity. We must protect our education, our students, our workforce and ensure that we are all involved in our cultural institutions, wherever we come from and however much we have. Only in this way is a healthy, richly structured, diverse and equal artistic community possible. And as a bonus, we will also be a few steps closer to a healthy, richly structured, diverse and equal society.

London, Ont. Summer season festivals are gearing up for the...

Why London is sticking to its fintech crown