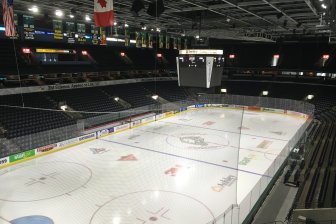 For many years, Corus Radio 980 CFPL has informed, entertained and supported listeners in London, Ontario. News Talk radio station says they are thrilled to celebrate their centenary on Friday.

Dan Brock, president of the London and Middlesex Historical Society, told Global News that 980 CFPL is one of the oldest radio stations in the country, with 100 years on the air.

980 CFPL extends partnership with London Knights for another 5 years

“It is said to be the second radio station to be licensed in Canada, and it officially began broadcasting on September 30, 1922,” he said.

Known as the CJGC at the time, it was originally owned by the London Free Press.

Referring to the death of Sir Adam Beck, a hydropower advocate who founded the Electric Power Commission of Ontario and former Mayor and MPP of London, Brock said the radio station had some important connections to the funeral following Beck’s death on August 15, 1925 .

“It is worth noting … the August 17 memorial service was the first non-studio radio broadcast in London and possibly in all of Canada,” Brock stated, calling Beck “one of the most important people in London.” back then.

“Without his work, it would have taken a long time for us to have the entire hydroelectric system in Ontario, and making it public to all of Ontario is a tremendous contribution to the province,” he said of Beck’s accomplishments.

Brock said that in 1933 CJGC was sold to Essex Broadcasters Limited of Windsor, Ontario.

“That year the Free Press decided they had better get another radio station because they feared competition, so they formed CFPL, and ‘FPL’ stood for Free Press London,” he explained.

Later, in 1980, former morning show host Peter Garland went live on 980 CPFL and worked at the station for approximately 21 years before retiring. He reflected on his time and history with the station.

“There are many favorite memories,” Garland said. “(One) from a public service standpoint was CFPL’s involvement in Jesse’s Journey and John Davidson’s walk with his son across Ontario and also across Canada. We broadcast live in St. John’s and also in Victoria, BC when he was done.”

The charity was founded in 1995 when Davidson set out to push his 15-year-old son, Jesse Davidson, 3,300 kilometers across Ontario in his wheelchair.

Garland also mentioned that the station was the first to begin collecting canned goods and groceries at the annual Santa Claus parade in 1987.

“A lot of great memories, but one that I thought of recently was when we did the Rock and Roll Hall of Fame morning show — that was a standout thing,” he said. “We also did a show out of a hot air balloon!”

Recalling his farewell speech after his retirement, Garland again told the network that “You are in a very powerful position and you are always doing what you can for the community.”

The station also partners with London International Airport, the Hully Gully Toy Store and the Children’s Hospital at the London Health Sciences Centre.

In addition, the local airport offers two tickets for travel to Tucson, Arizona, before, during, and after the Knights game. During the game, the broadcaster is also excited to help raise funds for Children’s Hospital’s Indigenous Youth Wellness program and in support of National Day of Truth and Reconciliation.

“980 CFPL has seen an incredible amount of talent coming through the station over the last century,” said Trudy Kitchen, 980 CFPL program director. “We continue to lead the charge with a dedicated, creative and hard-working team of hosts, news anchors, reporters, producers and technical operators.”

To commemorate the celebrations, presenters Devon Peacock and Mike Stubbs will air a special segment during their shows from 6am to 9am and 3pm to 7pm, respectively, showcasing some of the most talked about and well-known stories from the city’s past.

On Friday, listeners can also tune in from 4 p.m. to 7 p.m. to hear some of the station’s favorite former 980 CFPL hosts, including Garland.

“I would like to thank everyone who has contributed to the success of the station over the years and our listeners without whom we would not be here,” added Kitchen.

“As we celebrate this milestone and look to the future, I look forward to what is to come.”

“I used to be in one of the lovely markets in...

How a London meals lab is making an attempt to make...

Sinks in 30 lecture rooms within the London space are inflicting...