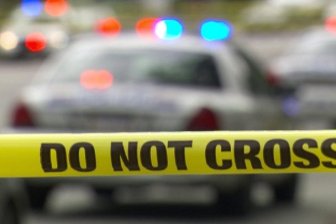 With Tuesday officially starting summer, the London Health Sciences Center (LHSC) is reminding the public of the importance of water safety as London’s lakes, rivers and pools meet to brave the heat or pursue other leisure activities.

Jennifer Britton, an injury prevention specialist at LHSC, said on Wednesday’s Morning Show with Devon Peacock of 980 CFPL that three factors play a role in nearly all documented drowning cases.

“Lack of supervision or swimming alone, water activities (and) impaired swimming or not … using a personal flotation device,” she said.

“Most drowning victims never make it to the hospital, so we don’t see that in hospitals. But for those who work in injury prevention like me, it’s a focus area.”

Man dies in hospital after being dragged from Lake Erie near Leamington: OPP

According to the Lifesaving Society Canada, about 66 percent of drowners drown between May and September, 34 percent in lakes or ponds and 29 percent in rivers.

In 32 percent of drowning deaths, those involved were swimming, according to the agency, while 13 percent fished, 12 percent walked, ran or played near water, and 11 percent motorboated.

“Swimming lessons really help build a person’s well-being and confidence in and around the water, but … they don’t prevent drowning,” Britton said.

“What we need to focus on now if you go into the pool or lake today is really that supervision and that buddy system… We really ask that people don’t go swimming alone.”

At least nine percent of drownings occur in swimming pools, according to the Lifesaving Society Canada, which gets its figures from the chief coroner, or coroner, of each province and territory.

For those with pools, it’s important to make sure there are consistent rules in place, including always knowing who’s in charge on the deck, Britton said.

Heatherwick releases up to date photos for London’s ‘Backyard Bridge’

Slight enhance in new COVID-19 circumstances within the London space