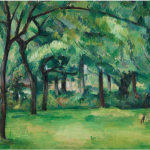 London arts organizations will be affected by budget cuts amid a new move by the U.K. government to redistribute funding to regions outside the British capita.

Funding for minority-led organizations, like the Jewish Museum, will be maintained under the new plans.

The cuts were initially proposed by the previous U.K. culture minister, Nadine Dorries, who issued the plan to redistribute funding outside of London to aid underfunded regional organizations. Dorries’s plan outlined reallocating £32 million ($36.8 million) of funding out of London and earmarking an additional £43.5 million ($50 million) to support arts groups in suburban regions that have been historically underfunded. A total of 276 organizations will be given Arts Council funding for the first time under the new plan.

At a press conference announcing the funding plan, Nicholas Serota, the chair of Arts Council England, a government-run body that oversees arts funding, said, “We’ve just simply had to make some invidious choices about where we fund the most.”

In a statement, London Mayor Sadiq Khan, said the cuts would exacerbate an already dire situation facing the arts sector. Khan said the move would be “detrimental” and “devastating” amid “spiraling operating costs, soaring energy bills, and the impact of both the pandemic and the cost of living crisis on audience figures.”

Detractors of the move have pointed to London’s status as a major economic hub that provides a substantial number of jobs to creative workers in the city.

The government has allocated a total annual package of £446 million ($513 million) to fund around 990 cultural organizations, including 82 museums and 159 art nonprofits. London remains the most funded region, receiving a total of £152 million ($175,000), or around a third of the total funds.

Loss of life of girl, 2, discovered unresponsive in East London...

The Day – The New London Arts Council presents “Artist to...

London-area well being board anticipated to talk quickly about assembly with...

The hasty plan to relocate ENO from London by no means...