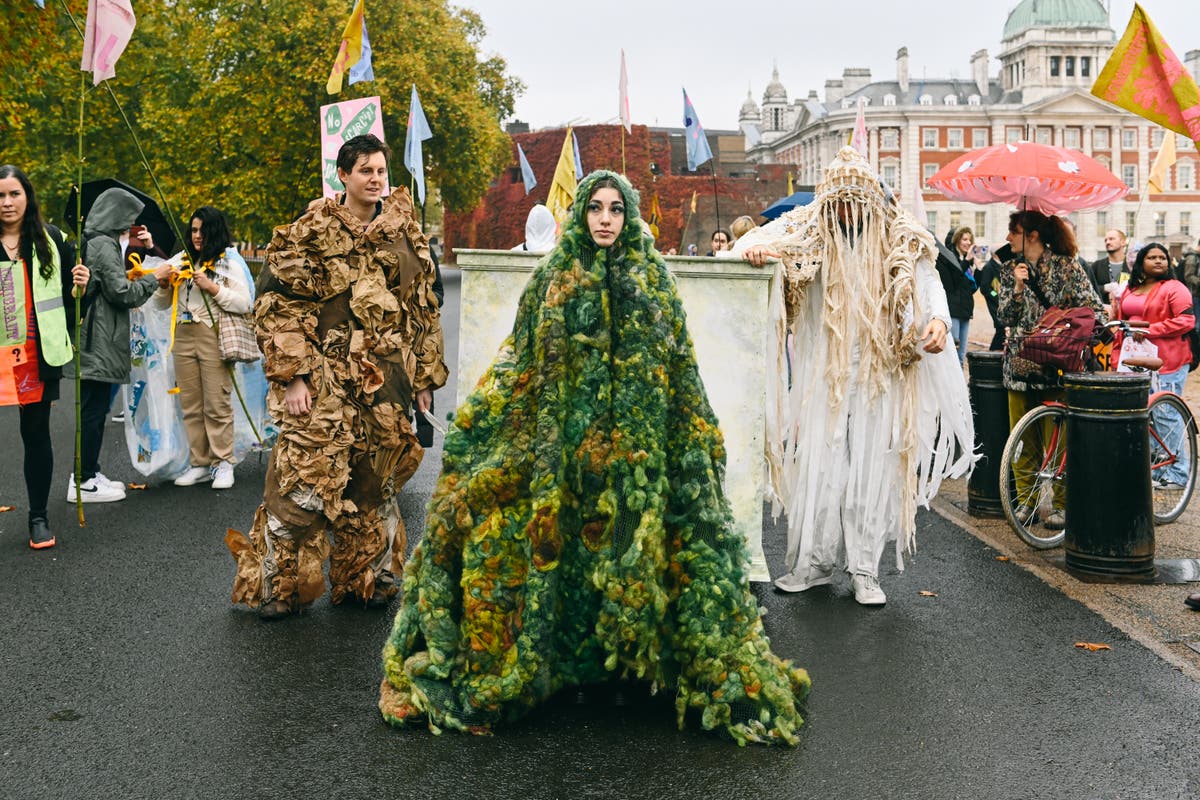 Students and staff from the University of the Arts London (UAL) gathered on Wednesday for a “Climate Justice Parade” to demonstrate the need for action on the climate crisis.

Over 300 students and staff from six art and design colleges – including Central St Martins, London College of Fashion and Camberwell College of Arts – converged on the Chelsea Parade Ground to demonstrate solidarity with climate justice.

The parade took place as part of the UAL Crisis Carnival, a season of events running in parallel with the COP26 climate summit in Glasgow.

The students responded creatively to the question ‘What are you bringing with you’ – by taking flags, banners and art installations to the demonstration.

Helen Storey, a professor at the London College of Fashion, also presented her Dress For Our Time project at the demonstration.

The dress is made from a disused UNHCR (United Nations High Commission for Refugees) refugee tent that once housed a displaced Syrian family in Za’atari camp in Jordan. It was created in response to discussions with MET Office climate scientists in 2014.

After walking the dress around different parts of the world for the past seven years, she once again walked in London as part of the parade hosted by UAL.

Elsewhere at the event, showreels of moving image work by students, staff and alumni were also featured.

UAL students at the march on Wednesday

London, which punishes the north, is not any accident: that is...