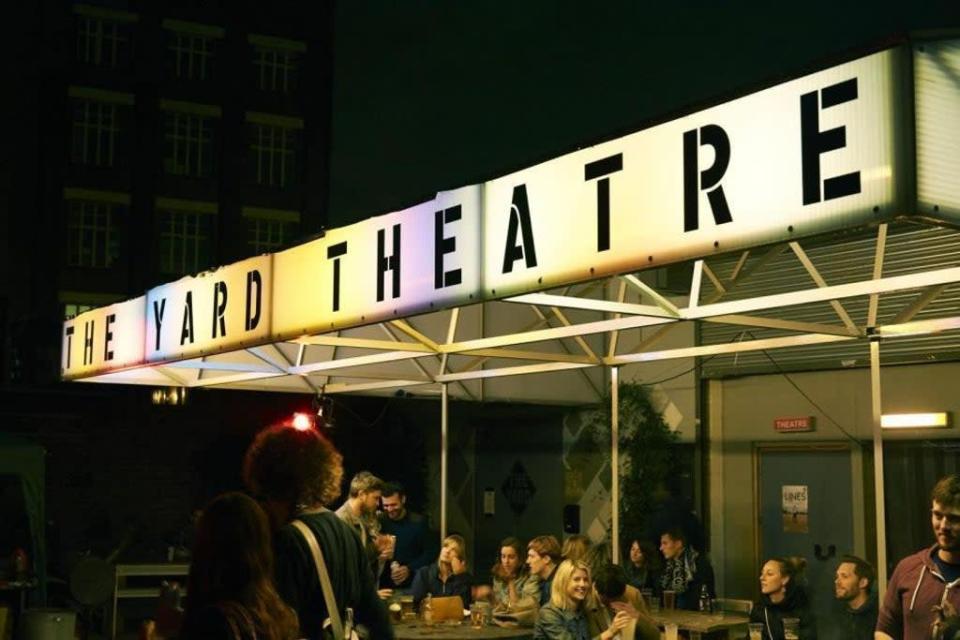 If you fancy some theatre but want to get away from the West End (and its prices) you’ll never be short of options.

London’s boroughs are teeming with smaller theatre venues that offer audiences world-class writing in a more intimate setting for a fraction of the price — and you might even be able to afford a drink too.

From Shepherd’s Bush to Hackney Wick, theatres on the fringe of London’s arts scene are often only called that due to geographical location.

Their impact on London’s cultural scene is immeasurable, and many of these theatres regularly transfer work to bigger stages in central London. Plus fringe theatres are the definitive places to see the work of emerging playwrights poised to become the next big thing.

If you want to venture further afield to get your theatre hit but don’t know where to start, read on for the lowdown on London’s best local theatres.

In 2011 artistic director Jay Miller converted a disused warehouse in Hackney Wick into a 110-seater fully raked amphitheatre, and filled it with vibrant new writing. The small venue, created with recycled materials, has punched above its weight ever since; a number of its shows have been transferred to the National Theatre and television, including Alexander Zeldin’s Beyond Caring. The Yard won the 2017 Empty Space Peter Brook Award and has hosted some of the most exciting fresh talent, including playwright Dipo Baruwa-Etti’s An Unfinished Man this year.

The Theatre is also majorly invested in its local community, running theatre programmes in schools and offering creative projects for young people aged 4-19 years for its stage. SAMSKARA returns in June after its sell-out world premiere in 2021.

The Bush Theatre in Shepherd’s Bush began life in 1972; it first lived above a pub that held only 80 people, but in 2010 then-artistic director Josie Rourke moved it to the neighbouring old public library building, and under the new leadership of Madani Younis, the theatre itself became one of the city’s most influential artistic spaces. Lynette Linton took over the reins in 2018, and since then the theatre has only gone from strength to strength. Red Pitch by Tyrell Williams was a recent smash hit, and this month Beru Tessema’s first play House of Ife, directed by Linton, was well received by critics.

The Finborough, led by artistic director Neil McPherson, is a 50-seater above a pub in Earl’s Court. Known for being a great champion for new writing, it also puts on a number of rarely seen plays, and has won numerous fringe awards.Several playwrights whose work has been produced in the building have won the Pearson Award including Laura Wade, Anders Lustgarten and James Graham, so it’s a great place for spotting upcoming new talent.

Richmond’s Orange Tree saw something of a shake-up under its last boss Paul Miller, who will be replaced by the Jermyn Street Theatre’s Tom Littler in December – eight years after Miller took up the top spot.

Over his tenure Orange Tree had a huge hit with Branden Jacobs-Jenkins’ An Octoroon, which ran at the National Theatre, and staged evenings with some of the most influential voices in theatre, from Dame Judi Dench to Sharon D Clarke. More recently, Terence Rattigan’s While the Sun Shines became the most successful show in the theatre’s history.

The Arcola in Dalston has two theatre spaces and plays host to a number of emerging theatre companies. On top of this, it is heavily invested in the local community working with the Arcola Mental Health Community Theatre Company, Queer Collective, 50+ Group, Ala-Turka (for the Turkish and Kurdish groups of east London) and Women’s Company (which explores themes around female identity).

The Lyric Hammersmith Theatre is over 125 years old but it definitely isn’t showing its age. They’ve had a number of hits transfer to the West End, including 2019 Ghost Stories, which returned to the UK this year after a successful trip around the world. Rachel O’Riordan took over as boss three years ago and has enjoyed a run of well-received shows since, including The Beauty Queen of Leenane, Noises Off, Faustus: That Damned Woman and Sammy.

Camden People’s Theatre is a small theatre a few minutes away from Warren Street that has shown huge dedication to developing and supporting new artists. For nearly a decade now, their Calm Down Dear Festival has presented a packed programme of feminist performances. This year it returns with Sophie Ellis-Bextor, pole dancing comedians and DIY sperm banks.

With a focus on artist support, over its 28 years, CPT has launched the career of artists including Chris Thorpe, Fevered Sleep and Emily Lim – who now runs the National Theatre’s Public Acts programme.

The Gate Theatre sits above the Prince Albert pub in Notting Hill, where it has been presenting theatre in its 75-seat venue since 1979. It counts Stephen Daldry, Erica Whyman and Carrie Cracknell amongst its previous artistic directors, with Stef O’Driscoll in charge now, replacing Ellen McDougall, who stepped down in 2021 after five years in the role. Pretty much anyone who is anyone has worked there at some stage of their career.

As well as offering Young People’s Nights, public workshops and community workshops, The Gate works with the Harrow Club to deliver a vibrant programme of workshops throughout the year. Their Young Associates are a company of 15 young writers, performers, directors and dancers aged 17-23.

Southwark Playhouse began life in 1993, with a disused workshop being turned into a flexible theatre. With two performance spaces, seating 200 and 100 people respectively, they put on a vast spread of work, from musicals to new plays, always focusing on breathing new life into the classics.

Ambitious as ever, the Playhouse is set to move into two new venues, a flagship site at Elephant and Castle sometime next year, and another £10m purpose-built venue in London Bridge’s Colechurch House from 2025.

Brixton House (formerly known as Ovalhouse) provides a space for new artists to develop work and offers an eclectic programme of experimental performance, as well as having a commitment to participation work and being a hub for its local community.

Its roots go back to the 1930s and numerous important cultural figures have started their careers there, from David Hare to Stella Duffy. It officially opened at its new site in central Brixton in February, changing its name to match its new surroundings. The new space boasts two theatres, seven rehearsal rooms and fully accessible spaces.

Kiln Theatre in Kilburn (formerly known as the Tricycle) is the starting place for a number of plays that have gone on to have a massive life in recent years: Red Velvet starring Adrian Lester, Moira Buffini’s Handbagged and Florian Zeller’s The Son to name a few. Indhu Rubasingham joined as artistic director in 2012 and spearheaded a renovation before the rebrand. Multi-talented Rubasingham is currently also directing Anupama Chandrasekhar’s The Father and the Assassin, which is playing at the National Theatre.

Kiln was the winner of the Best London Theatre at The Stage Awards 2021 and showed The Wife of Willesden, Zadie Smith’s take on Chaucer’s The Wife of Bath, at the beginning of this year. At Kiln there’s a bar, restaurant and café, three rehearsal spaces and there’s a cinema too if you prefer your entertainment beneath a veil of celluloid.

This Grade II building launched its own cultural programme in 2012, and has a number of different spaces including the huge Assembly Hall and basement space The Ditch. As well as hosting productions they curate their own artistic programme and present ground-breaking works from the likes of Jamie Lloyd and Alice Birch. Its comedy festival ARGComFest will be returning July 1-3. Fun fact: the town hall was involved in the filming of Florence Foster Jenkins and The Lady in the Van.

The Theatre503 is above The Latchmere pub in Battersea, and offers more new writing opportunities than anywhere else in the country. At different points of the year the theatre accepts script submissions – believing it’s a crucial way to keep the industry open to new writers. Their writing prize offers an unproduced writer £6,000 and a guaranteed production at the theatre, and they focus on programming productions from writers from previous decades who have been overlooked. Their track record is excellent, with a lot of their shows transferring to bigger venues.

It’s worth making the journey to the Rose. It opened in 2008 and was modelled on the original Elizabethan theatre that lived on London’s bankside. It hosts work from theatre companies such as the RSC as well as producing its own, and can attract the best. The world premiere of Elena Ferrante’s My Brilliant Friend took place here in 2017, and then ran at the National Theatre in 2019, reuniting the original cast. Colin Teevan’s The Seven Pomegranate Seeds relaunched the theatre’s original productions after the pandemic.

The Park Theatre in Finsbury Park only opened in 2013, converted from a vacant office block next to the station. Artistic director Jez Bond wanted to create a neighbourhood theatre that presented world class theatre, and its first season featured Maureen Lipman and Charity Wakefield. It continues to present new writing and revivals, featuring Ian McKellen and Celia Imrie among its cheerleaders. The End of the Night, an extraordinary story about the World Jewish Congress, is currently running at Park Theatre until May 28.

London’s monetary experience is main the worldwide motion in direction of...

Superb sights in London in 2022

BELANGER: Looking forward to 2023, and a return to regular for...