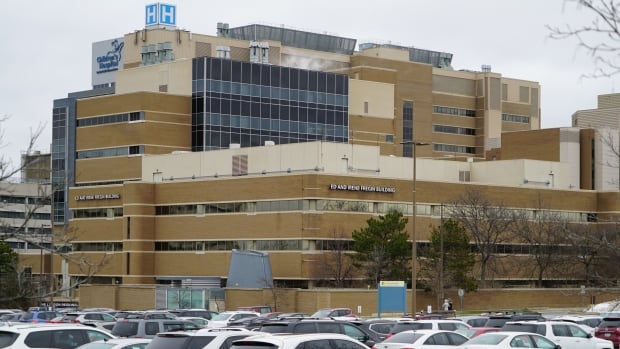 A worker at Victoria Hospital was injured when a man armed with a hammer and knife walked past the hospital’s security desk in London, Ontario and began attacking people, police say.

A 35-year-old arrested shortly after Thursday’s incident has been charged with breach of previous court orders and aggravated assault, the London Police Service (LPS) said in a press release on Friday.

“Everyone deserves to feel safe coming to work and (London Health Sciences Centre) takes this situation very seriously,” a hospital spokesman said in a statement. “At this time, we are focused on the well-being of our staff and physicians and aware of the impact this incident may have on them.”

The incident began around 1:50 p.m. ET when someone saw a man enter the hospital with a hammer and knife and reported him to hospital security, the police release said. He was seen bypassing a checkpoint at the front desk and approaching a male employee.

According to the LPS, the employee was hit with a hammer and then wounded with a knife. His injuries are considered serious but not life-threatening.

The employee ran from the man and hospital security arrested him and handed him over to London Police.

No patients were injured. According to the officials, the employee and the suspect did not know each other.

They said they couldn’t disclose what the injured worker did at the hospital because of data protection regulations.

“I know that we all have an interest in the health, welfare and speedy recovery of our colleague. Please remember our commitment to protecting the privacy of our patients and staff,” wrote Dr. Adam Dukelow, chief of emergency medicine, to hospital staff in an email.

“It is important that we all feel safe within our walls and I recognize that this event is potentially traumatic for many of you. Our wellness team and leadership support the affected areas directly.”

The 35-year-old remains in police custody and was due to appear in court on Friday.

SNP prepares for ‘Battle Royale’ with London as Boris ‘decided’ to...

The 122 new COVID instances within the London space on Friday...