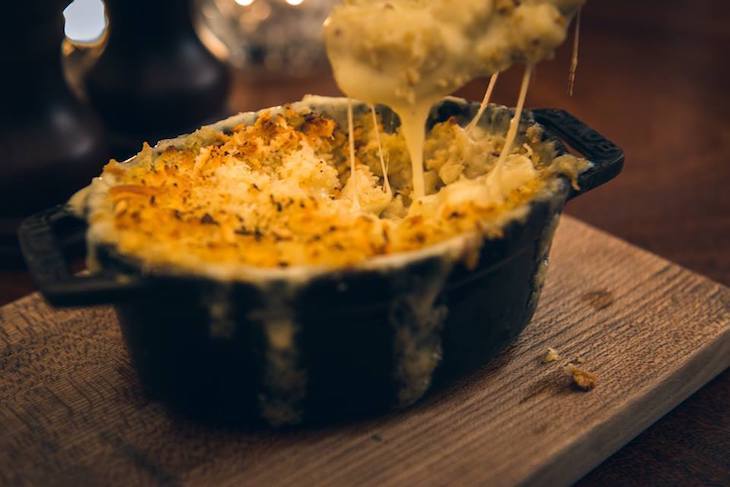 Everyone loves a BYOB restaurant: you can pair your meal with your favorite bottle of wine or beer—and when the bill comes, it’s comfortably cheap(er).

“Teatro della Carne” is the slogan for Macallaio’s website. “Meat Theatre.” The Italian steakhouse specializes in six to eight-week-cured Fassona beef — a breed from the northern Italian mountain valleys known for its leanness — in a variety of cuts, along with a broader meat-worshiping menu. Non-steak highlights include the lardo on toast with black pepper honey and the incredibly rich Flesh & Bone – a signature bone marrow dish with Fassona tartare, capers and olives.

As you would expect from a good steakhouse with a great all-Italian wine list, you could run up a hefty bill here. One way to balance this out is to visit Macellaio at lunchtime when you can BYO – at all of their six London restaurants, every day from 12pm to 3pm.

Spend your liquor savings on mac and cheese. Image by Hawksmoor, Seven Dials.

A trip to Hawksmoor will never come cheap, but you can make your bill a little less steep by going on a Monday – if it’s BYO, with a £5 corkage fee. Spend the money you save on their deliciously rich mac and cheese.

Chef Wei Guirong has specialized in local Xi’an dishes since she was a child, serving up hand-pulled noodles, potstickers and buns — many of Xi’an’s traditional dishes involve lots of dough: stretchy, stretchy biang-biang noodles, toasted flatbreads stuffed with slow-cooked batter pork, fine wheat noodles served cold at a small restaurant near Emirates Stadium. Decor is spartan, flavors are big, and the crowds are a testament to how good the food is. The modest corkage fee of £5.50 (£1.70 for beer) doesn’t hurt. 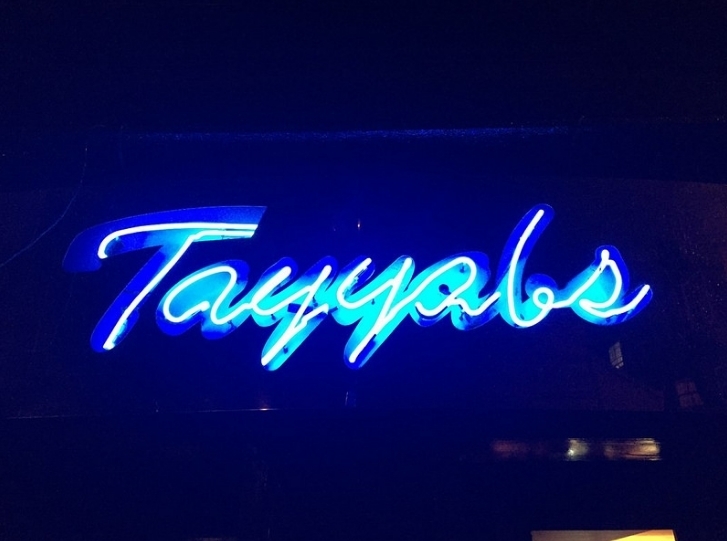 Tayyabs, Whitechapel is one of the best BYOB curry houses in London.

There’s no shortage of BYO curry houses in town, but Tayyabs is in a league of its own. This North Indian restaurant meets the neighborhood’s legendary East London restaurants – with starters from £4, mains from £10 and free corkage, it’s a bargain and the food is spectacular. Tayyabs is as busy as it is popular – so much so – but it’s also so big that there’s a constant churn of patrons and you rarely have to wait long for a table. Loud, busy, friendly, and with portions so cartoonishly generous you’ll think you’re ordering modestly, but still walk away laden with crates full of leftovers. In summary: yes please.

The exact nature of Burt’s connection remains unclear, but if the moustachioed sex symbol were ever to roam the streets of east London in search of a late-night lamb chops and a chili naan, he could have had it a lot worse than these low-life knick-knacks, High spice Punjabi curryhouse. Lahore Kebab offers great naans, seafood curries, kebabs and a wide range of vegetarian options at decent prices – and the large dining rooms with space for long, party-style tables make it a favorite for group dining.

The rivalry between fans of Tayyabs and followers of LKH leads you to believe that the two are very different in quality and mood. Official London policy is that they are equally great and you should visit both often.

If the menu’s cheese-heavy Georgian splendor weren’t reason enough to pop into their Hackney restaurant, the tiny inviting space – warm lighting, the smell of eggplant and Ajika (a spicy Georgian paste) to cook on – and the fact that Little Georgia has something to do with it bidding has zero corkage on BYO should make you bang that reserve button hard. It helps that so many of Little Georgia’s dishes are perfectly designed to ward off the winter blues and soak up wine — Exhibit A: the adjaruli khachapuri, a long, rounded-edged flatbread with a cheese mixture baked into the hollow and topped with butter will and an egg. Note that this does not apply to their Islington branch, which does not offer BYO (but is licensed to sell alcohol). 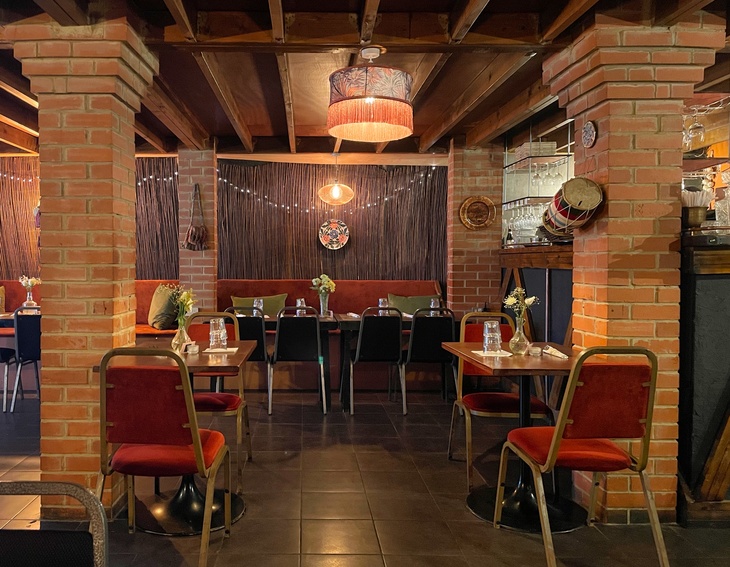 The casually beautiful Hanar Kurdish Restaurant – tucked under a railroad arch in a Peckham alley – is filled with candlelight and the scent of tahini, pomegranate and oven-fresh flatbreads. Read about our visit here.

Corkage is £2.50 per head, and Peckham’s is replete with nearby places to stock up on drinks, including craft beers from the Brick Taproom, a great wine selection at Peckham Cellars and a number of newsagents along the way Rye Lane, which sells everything from fancy IPAs to canned Christmas cocktails (I don’t recommend the latter).

Another Kurdish Peckham restaurant, Yada’s, used to be at Hanar’s current location. Now it has a more prominent (but no less cozy) spot at 104 to 106 Rye Lane with a menu of Kurdish classics, including dalooja – roasted peppers mixed with pomegranate and walnuts for a rich, nutty-sweet dip – chicken stew with Saffron rice and a good selection of vegetarian and vegan dishes. The lack of corkage makes it particularly good value – but the generous portions and friendly buzz would still make it seem like a steal. Closed on Monday. 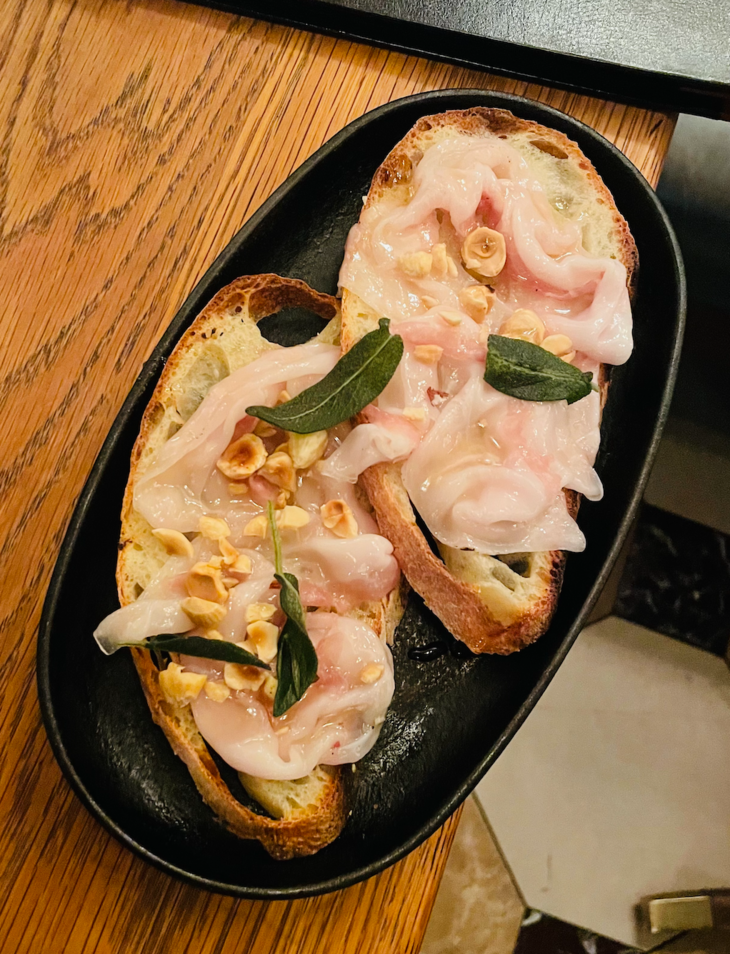 A low-key looking little cafe that packs anything but low-key heat, Singburi’s menu is a short, regularly rotating slate of dazzling Thai masterpieces. With dishes ranging from £7 to £14 – invariably amazing, very rich, extremely hot and utterly satisfying – you can eat like royalty here for £20 a head, not counting the four pack of very cold lager you’ll want to arrive with. The advantage is showing up with enough people (probably three to four) to be able to order everything on the menu together. Some of them twice.

There’s a nice cluster of BYO Vietnamese restaurants in Shoreditch and Hoxton, but based on some extensive Bành Xéo meals over the years, we think Mien Tay is among the best. A family business with roots in southwest Vietnam and the Mekong Delta, menu highlights include deep-fried sea bream with fish sauce and mango, clay pot seafood stews, salt and chili-crusted softshell crabs, and a generous garlicky kind. ginger and lemongrass. Corkage is £4 per head.