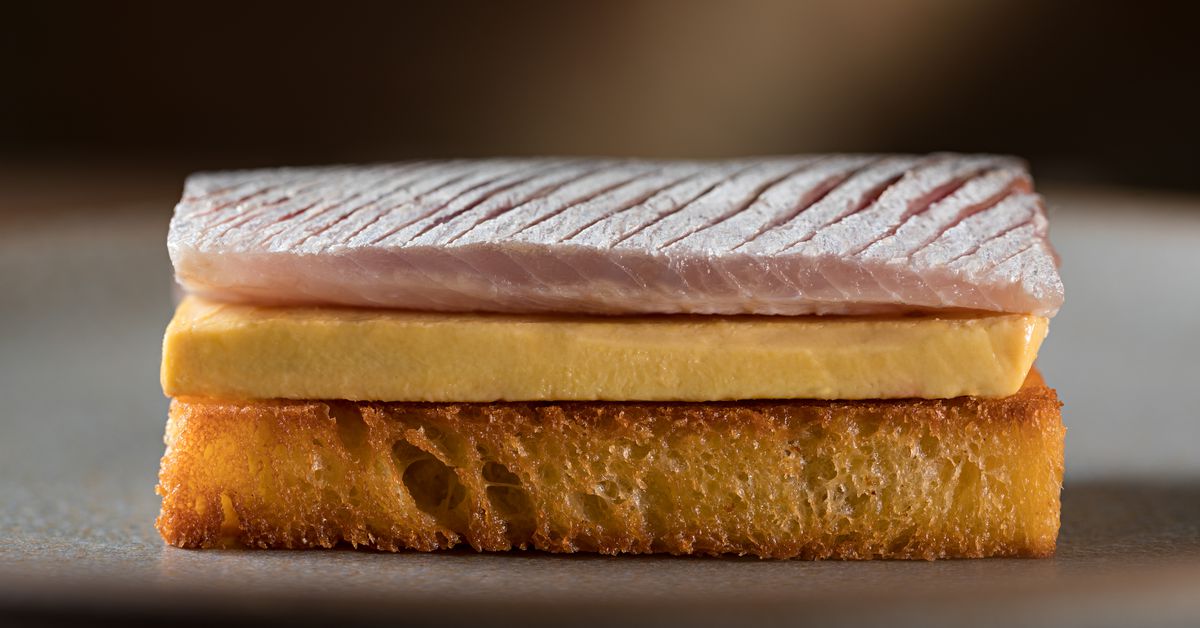 A world-renowned Brazilian chef, whose two-Michelin-star restaurant Oteque in Rio de Janeiro was voted number 47 on this week’s list of the world’s 50 best restaurants, will open a new venue near Oxford Street before the end of the year open in London.

Chef Alberto Landgraf, who began his career in London in the early 2000s, will open a “casual and fun” restaurant called Bossa under the Brazilian consulate on Vere Street; A spokesperson told Eater the chef will “bring to town the wealth of Brazilian flavors that mean so much to him”. It will replace the now closed Lebanese restaurant Maroush. Its spokesman said it would open “if there is no delay, by the end of this year”.

“I am very pleased that my first international project will take place in London. It is very emotional for me that I started my career in this city twenty-two years ago. When I returned to Brazil six years later, I never thought I would return to where it all began to open my own restaurant,” Landgraf said in a statement shared with Eater.

“It seems like a wild dream to bring Brazil not just to London but to Europe. I want to make it extra special so I’m going to bring the best part of my Oteque team to town. As you can imagine it won’t be a traditional place, but neither will it be the second oteque. We spoil you with contemporary Brazilian food and a very strong wine and cocktail list in a fun, relaxed and warm atmosphere and I really hope you will enjoy it.”

Landgraf is of German and Japanese descent; He says he grew up with a great respect for nature, the seasons and good produce. His Japanese mother “taught him ethics and discipline that are ever-present in everything he does, and nurtured his poetic soul,” his rep said.

In the early 2000s, Landgraf, then a Physics graduate, came to London to study English. His accidental move into hospitality came only after he realized he needed an income to stay in town. He worked for both Tom Aikens (!) and Gordon Ramsay (!!) before returning to Brazil in 2006 to open his first restaurant. Epice opened in Sao Paulo in 2008 and quickly gained recognition, including a Michelin star.

Opened in Rio de Janeiro in 2018, Oteque “focuses on its Japanese heritage not through ingredients, but through simplicity, precise engineering and high ethics”. He visited London in February this year to cook with chef James Lowe at Shoreditch’s Lyle’s. His talent for cooking over the fire stood out. “Alberto specializes in creating dishes using the diverse range of seafood that has landed in the waters around Rio,” the blurb ahead of the event reads. For the collaboration, Landgraf brought special ingredients such as raw Brazilian cashews, variations of cassava (Brazil’s main starch), tucipi (the naturally fermented juice of the cassava root) and raw Brazil nuts for ice cream. Like Epice, Oteque was a hit from the start: just months after it opened, it earned a spot on Latin America’s 50 Best list (it’s now number 12) and its first Michelin star, followed by its second star a year later.

He’s hoping for success here, while Londoners can look forward to him bringing something very different to the capital.

Correction: July 21, 2022 8:33 p.m.: An earlier version of this article stated that Bossa is an upscale restaurant; it will be a more casual place.

How a office COVID-19 outbreak contaminated four folks in a London...

Billy Expertise groups up with the London Meals Financial institution in...