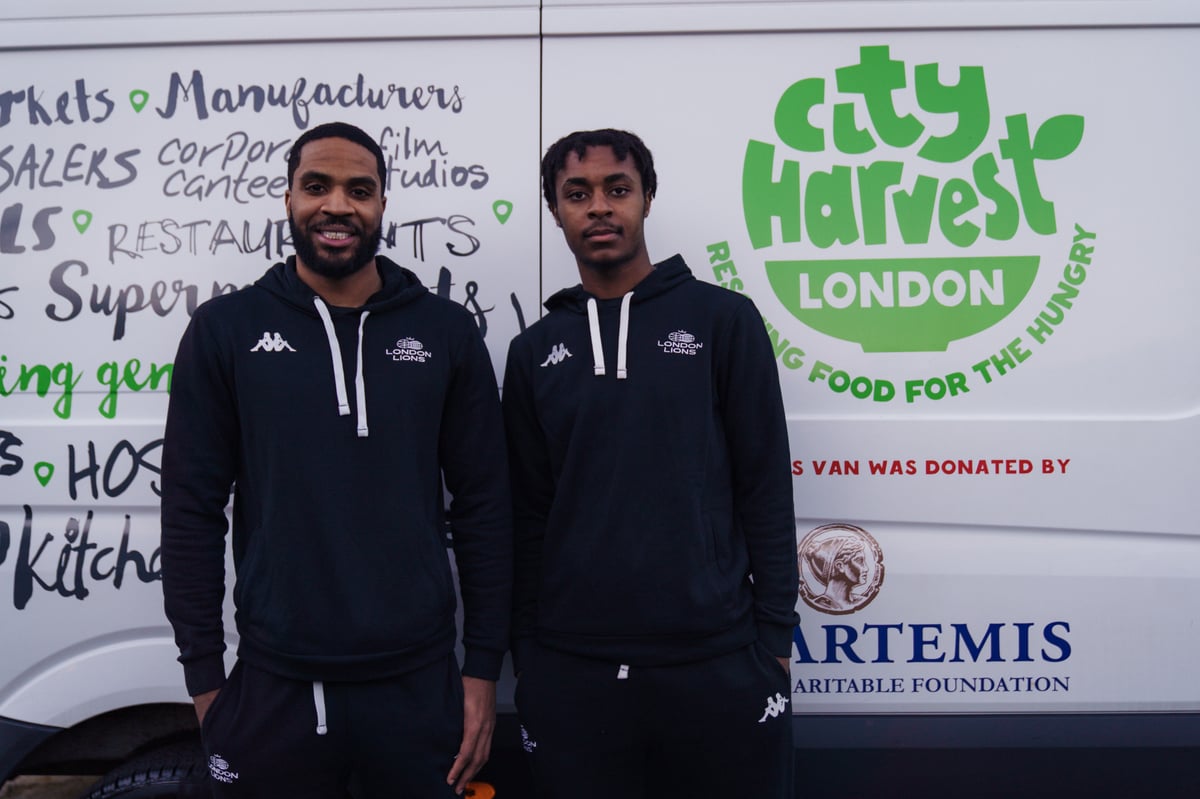 The London Lions will host their next home EuroCup game at the OVO Arena Wembley with all entry fees being waived in favor of donations to a food redistribution charity.

The basketball legends have teamed up with City Harvest, a London-based charity that supports families living in food poverty.

City Harvest rescues surplus food from manufacturers, suppliers, growers and retailers and delivers free to over 375 charities in London to help people affected by food poverty.

This is because research by the London Assembly has found that London boroughs account for five of the top 10 areas in the UK with the highest rates of child poverty.

Child food poverty rates in Tower Hamlets, east London, are almost double the national average, according to a report by City Hall.

This worthy cause is dear to the heart of Lions player Jonathan Komagum, who received free school meals as a child.

“I grew up and lived in a place called Ferrier Estate in Kidbrooke, and I attended Holy Family Primary School,” Komagum said.

“When I was there I got free school meals because my father left when I was younger and I was raised by my mother and there were three other siblings, so four children in total.

“Of course my mother had four children to look after and due to our circumstances we had free school meals.

“There is a lot of child poverty in England right now – caused by the cost of living crisis, rising prices and people not earning enough money to make ends meet.”

He added that he hopes his team’s partnership with City Harvest will help make things better for families who are currently struggling in London.

City Harvest CEO Sarah Calcutt said: “City Harvest is delighted to be the new charity partner of the London Lions.

“As part of the London fabric, City Harvest thrives on connecting key players to areas of need.

“We provide free food to many youth groups and schools that run Fit and Fed programs.

“These free community sessions encourage young people to channel their energies into sport and teamwork to develop key skills, agility and their overall health.

“We thank everyone who supports us with a donation so that we can continue to provide food to children who would otherwise not eat.

“So many families are struggling to feed their children right now, please help us to help them.”

With a £1 donation to City Harvest, children supported by the organization will receive up to four free meals.

Use this link to apply for free tickets and donate to City Harvest.

The variety of guests to the UK is quadrupling, aided by...

Tsiakkos & Charcoal, London: “It is simply so rattling stunning” –...