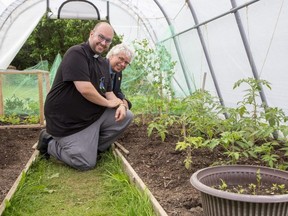 Between 8th and 18th June, the London Food Bank collected around 34,835kg of food and cash equivalent, with even more produce expected from the ‘Grow-a-Row’ and ‘Adopt a Plot’ initiatives for gardeners.

“The food campaign is evolving with an important focus on fresh food distribution with the help of Londoners who grow food in local greenhouses, community gardens and in their own backyards for the food bank,” said Glen Pearson, co-executive director of the food bank, in a Expression.

“We encourage Londoners to continue to grow and harvest fresh produce to donate through the Grow-a-Row scheme this summer to continue the local impact of the food drive.”

The campaign raised $66,640 in financial donations, a sum equivalent to approximately 11,600 kilograms of food. The dollar to pound exchange rate is standardized and set by Food Banks Canada, the national umbrella organization for food banks across the country.

The annual campaign, now in its 26th year, raises the London Food Bank’s public profile and its need for support during the summer months when donations normally dwindle.

“Londoners continue to show compassion and support for their neighbors in need by donating to the London Food Bank,” Mayor Ed Holder said in a statement. “Thank you to everyone who has donated online, donated at the grocery store and grow food in local gardens to donate. This incredible generosity from residents, corporate donors and community partners helps bring local and nutritious food to many families year after year.”