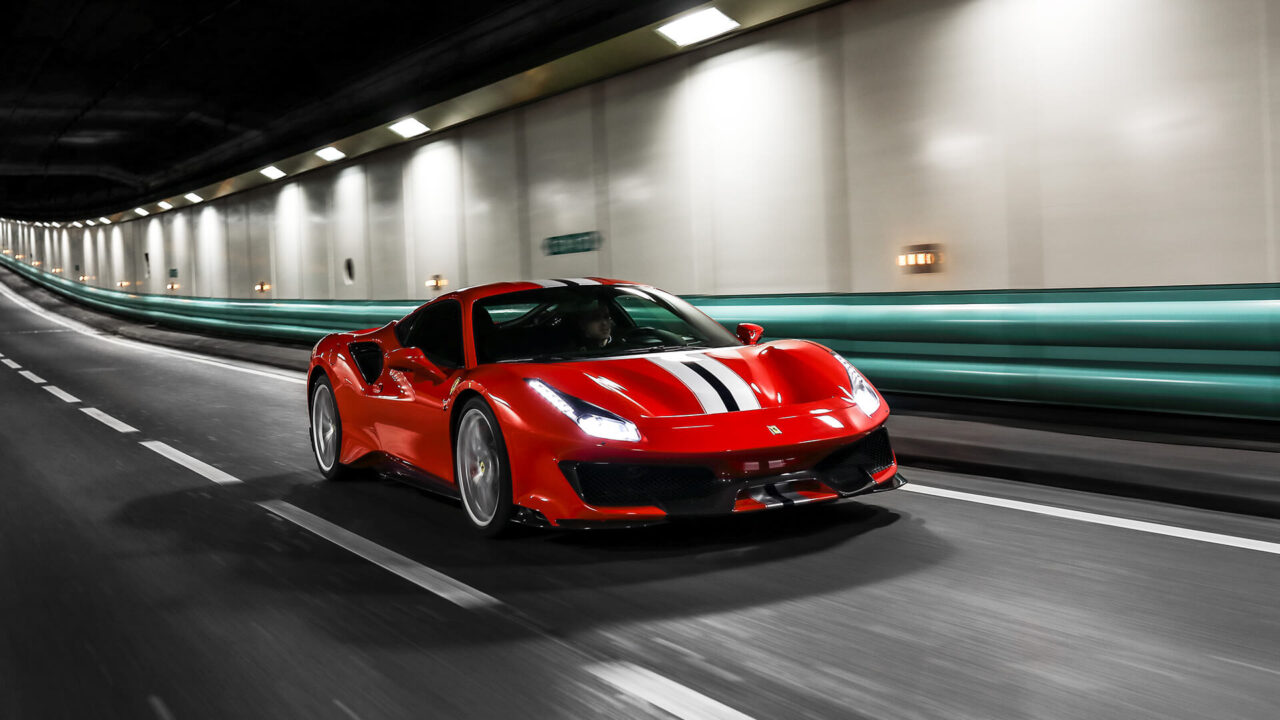 The London Concours, known for bringing the best cars to the heart of the City of London, has announced that it will gather super and hypercar kings this June with its ‘The Pursuit of Speed’ class presented by Montres Breguet.

The exciting category celebrates cars that push the boundaries of performance, engineering and technology. The performance icons will appear on the pristine lawns of the Honorable Artillery Company from June 28-30 at the capital’s most spectacular automotive garden party.

The sensational range of machines on display includes one particularly groundbreaking Swedish hypercar, Koenigsegg’s Regera – a brand unafraid to carve its own groove in the pursuit of performance. Introduced in 2016 as a refined grand touring alternative to the focused, furious Agera, the Regera features a twin-turbocharged 5.0-liter V8 complemented by electric motors; Koenigsegg’s first plug-in hybrid with a claimed all-electric range of 22 miles. The supercharged V8 and electric motors work together to deliver 1500 hp – driven by a unique, highly innovative single-speed direct-drive transmission developed in-house by Koenigsegg’s Advanced Engineering Division. The performance is predictably dizzying: 0-300 km/h (186 mph) in just 10.9 seconds and an electronically limited top speed of 251 mph. Only 80 of these idiosyncratic hypercars will be built. This summer’s show offers a rare opportunity to study this technological tour de force in the most stunning of settings.

The HAC will host an equally dramatic open-top hypercar: the Pagani Huayra Roadster. The coupe version was introduced in 2011 as a replacement for the veteran Zonda, which debuted back in 1998. Sculptural and extravagant, both inside and out – in typical Pagani fashion – in an age of increasingly homogenized performance machines, the outlandish Huayra stood there a part. The Roadster version came out in 2017 with a fully removable roof, which actually saves weight over the closed top version. Both versions were powered by a potent, mid-mounted 6.0-liter twin-turbocharged V12 developed and produced by AMG, mated to a seven-speed single-clutch sequential gearbox. The roadster was more powerful than the coupe, with 754 hp and 738 lb/ft of torque – the latter delivering from as little as 2400 rpm. With such titanic power and weighing just 1280kg in open form, the Huayra packed unrelenting performance; Top Gear magazine noted that it was “spectacular, brutally fast,” accelerating from 60 to 150 mph with “contemptuous ease.” The outrageous Huayra Roadster – one of just 100 produced – is another not to be missed this June.

Another Modenese machine from the more established supercar range will be on display: the Ferrari 488 Pista. The Pista was launched at the 2018 Geneva Motor Show as the most extreme version of the all-conquering 488. It joins the long line of lightweight mid-engined V8 Ferraris that began in 1993 with the 348 GT Competizione, and also included the lovely noughties 360 Challenge Stradale and the screeching naturally aspirated 458 Speciale. While clearly descended from its track-focused ancestors, the Pista has taken the performance game to a whole new level, with a 710hp, twin-turbocharged, flat-plane cranktrain and 3.9-liter V8. Despite the added forced induction, the Pista still revved to 8000 rpm and was good for 2.8 seconds to 60 mph and 211 mph at full throttle. Frighteningly fast, but approachable and finely balanced, the Pista was lauded by all corners of the motoring press upon its launch, with Jeremy Clarkson even naming it his 2019 Supercar of the Year. Just two years in production, this June’s event will offer an opportunity to enjoy a car that is likely to go down as a high-water mark for combustion-powered cars.

This summer’s show will also welcome Woking’s razor-sharp rival to the Pista, the 675LT, in an ultra-exclusive ‘Carbon Edition’ finish. The 675LT or ‘Longtail’ paid homage to the ultimate version of the McLaren F1 GTR with its extended rear body. When the ‘LT’ was introduced to the world in 2015, it had quite a reputation to live up to, entering a crowded field battling it out with track-proven competitors from the likes of Ferrari, Lamborghini and Porsche. Luckily the viscerally exciting LT was up to the task, with a 3.8-litre twin-turbocharged V8 producing 666bhp, a 100kg weight saving over the already petite carbon-hull 650S and exhilarating dynamics. The Carbon Edition variant on display this June is exceptionally rare, with just 25 examples produced by McLaren Special Operations. Each car was made from 40% more carbon fiber than the standard, 1230kg, 675LT. Menacing with visible carbon used throughout the body and dramatic aero additions, this limited special is increasingly sought after by McLaren enthusiasts.

June’s automotive extravaganza will also feature performance icons from yesteryear, including a brave Brit who challenged the established supercar order and pushed the boundaries of performance in the early 1990s: the intimidating old-school Jaguar XJ220. Jaguar’s flagship supercar has had a lengthy – sometimes challenging – development; When it was released in the recession-hit 1990s, the concept car’s blue-blooded V12 had been replaced – due to cost and emissions issues – with a gritty twin-turbocharged V6 derived from the Metro 6R4 rally car’s engine. The presence of a more industrial powerhouse angered some depositors – many already spooked by the recession; Moving the 282 production cars, which retailed for £470,000 – around £850,000 in today’s money, proved a challenge. However, those who stuck with the XJ220 were rewarded: Autocar dubbed it “the most accomplished supercar ever” in its first road test rating. With 542 turbocharged hp, the performance was tremendous: 0-100 km/h in 3.7 seconds – despite the heavy manual transmission – and a top speed of 340 km/h; it even claimed to be the world’s fastest production car for a time. In 2022, the raw, analogue, driver-less XJ220 excites more than ever and can even be considered quite innovative and forward-thinking in the age of scaled-down turbocharged supercars. This increasingly prized – and collectible – totem of British engineering aspirations is another iconic achievement not to be missed. 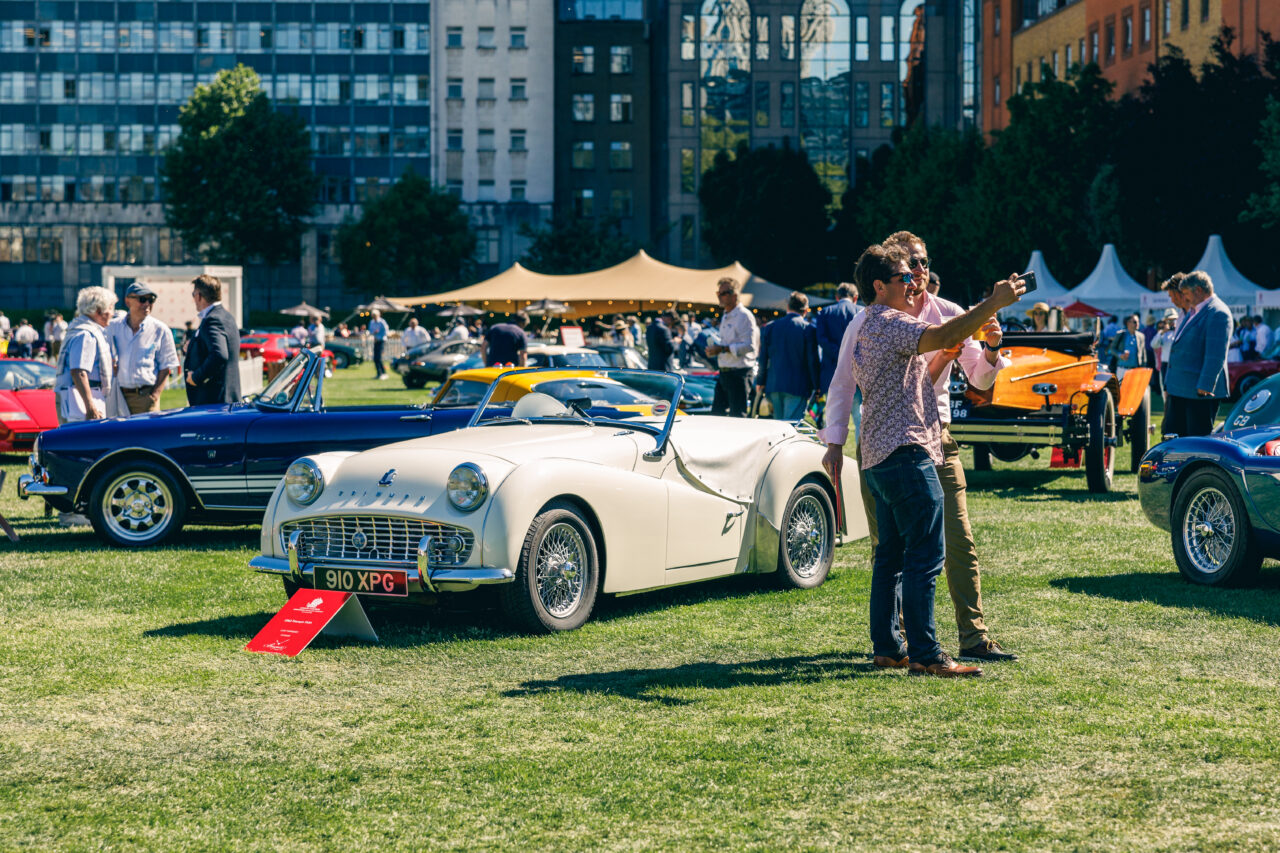 “Supercars and hypercars have always been the focus of the London Concours, now known for bringing the rarest and most spectacular machines to the heart of London. With the exciting 2022 ‘Pursuit of Speed’ class, we will celebrate manufacturers’ continued quest for ultimate road vehicle performance. With a fantastic array of exotic machines, the June show will be the most spectacular yet.

“Away from the cars, guests of the Honorable Artillery Company are treated to a decadent selection of food and drink, as well as a curated selection of boutiques and luxury brands. The London Concours 2022 will be another spectacular automotive summer garden party and an occasion for total indulgence.”

Tickets are available now at londonconcours.co.uk/tickets

SEE ALSO: Latest cars announced for the 2022 Concours of Elegance

A day within the lifetime of a London meals financial institution...