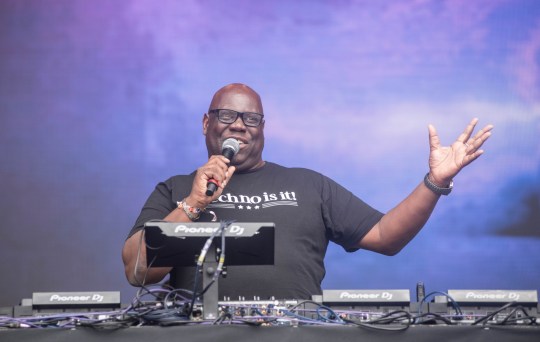 Including a huge free party on the Southbank

Gird your loins and other body parts because it’s going to be something of a big weekend.

From Brighton Pride and Faggamuffin Bloc Party, we’ll take you through endless brunches on barges, festivals on piers with free ice cream all day, music festivals and, for a little breather, afternoon tea.

Mind you, there’s schnapps with the tea.

Find the best events below…

We love a festival close to London. The whole festival and none of the frills. And a shower when you get home! That’s why we’ve always put out We Are FSTVL big where they don’t let the fact that there’s going to be a cramp at home spoil their big dance day style in the slightest.

And this year the line-up is as interesting as ever. Camelphat, Craig David TS5, Carl Cox, Mabel, Rudimental spin a cream of the crop DJ set and dancefloors including Glitterbox, Defected and Afterlife.

All that and then no crummy tent to stumble back into… and maybe even someone to bring you breakfast in bed. 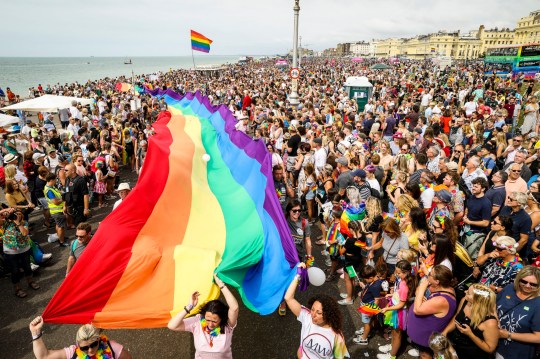 It’s the largest, brightest, starriest and many say the best pride in Her Majesty’s Kingdom… and it’s about an hour from London! Yes, kids, Brighton Pride is back with a bang… and with Christina Aguilera, which must mean a bang and a half. And Paloma Faith and Jake Shears and Todrick Hall… OK, lots of ponies.

Watch the parade, host the Village Street Party, then trek to Preston Park to see the big acts… just make sure you have your tickets! Also for the street festival. With We Are Fabuloso, the Preston Park event running both Saturday and Sunday, it’s going to be a big weekend, so stock up on Berocca and the makeup remover. And check out Friday’s Metro! 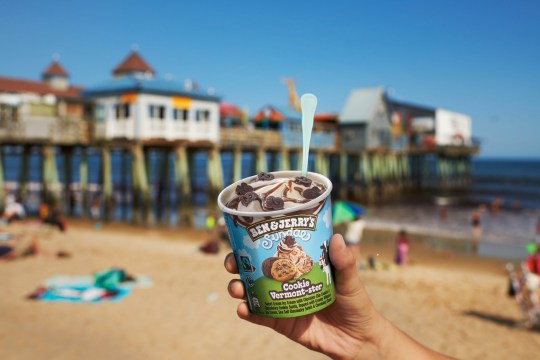 Ice to see you (picture: included)

There’s nothing quite like getting out of town and heading to the sea for a weekend, and now we’ve got an extra incentive by having Ben & Jerry’s, the caring ice cream people, throw a festival on Hastings Pier. And we love Hastings anyway!

You’d think Soul II Soul would be a major attraction headlining the main stage (they have a main stage on a pier?) with Maribou State, Poppy Ajudha, Porij, etc., but when you add unlimited free ice cream ALL DAY, it is child’s play.

And with tickets for just five euros – and you can walk onto that pier – and all proceeds go to local charity The Refugee Buddy Project, it would be rude not to. 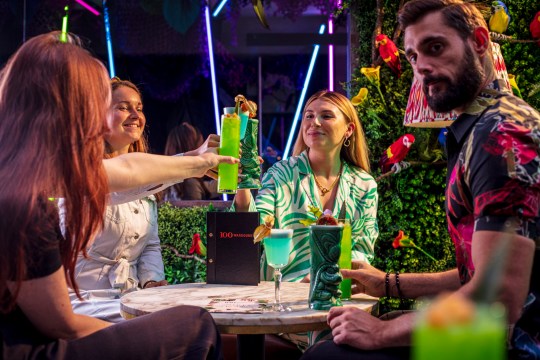 We’ve gotten used to the tropics over the past few weeks, with the heat and frizz-out that comes with that humidity, outfits ruined by sweat stains and sneakers left on window sills.

But we’re coming to Party in the Tropics at 100 Wardour Street on Tuesday to put our newfound skills into operation: by that we mean sipping refreshing cocktails (newfound?! we hear you exclaim). nibble on delicious canapés while taking in the strains of Vibey jungle music, all in a setting that’s tropical to the max. Who knows, we might even carry an imprint! 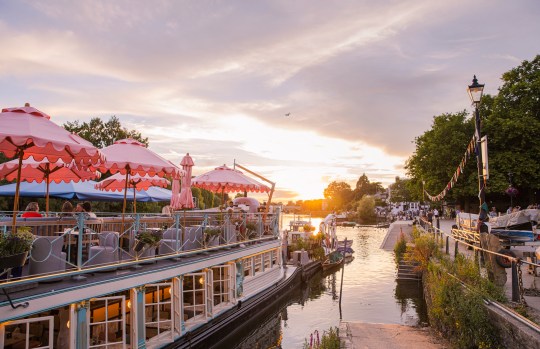 Bottomless brunch, river views, and watermelon margaritas? Have all three of our wishes been granted in one fell swoop? Apparently so, because that’s what’s on offer downstairs at the Peggy Jean Barge, a barge moored on the banks of the River Thames.

Oh, we heard about that! Head to Richmond, definitely a great place, and treat yourself to an Aussie brunch, which includes banana bread sandwiches and Very Fancy Bacon Rolls, or an over-the-fire dinner, from squid to T-bone Steak to freshly made pizzas while drinking in the 360 ​​degree view – and the cocktails! – on a ship with over 100 years of history. 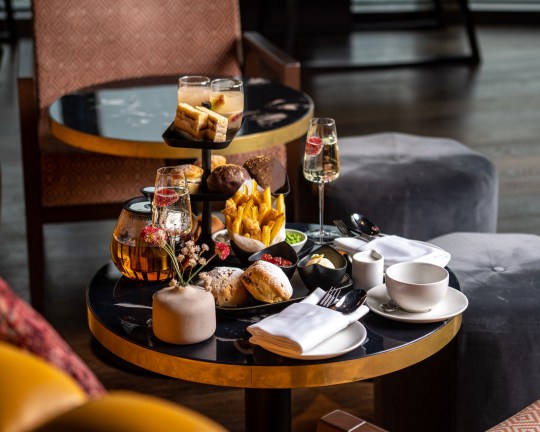 So it turns out next week is Afternoon Tea Week, which is great since we’re parched… but not necessarily for tea. East London’s hottest new hotspot, The Gantry in Stratford, steps out in very nice shoes here.

Their afternoon tea takes everything to a whole new level with brioche sandwiches topped with aged cheddar and homemade onion jam, mini fish ‘n’ chips, mini salted beef fritters straight from Brick Lane and of course scones with Cornish clotted cream and a weirdo ‘ Jam made from champagne jelly and strawberry dust!

And of course, you are more than welcome to spice up your afternoon tea with a London gin & tonic or an English sparkling wine to round off the English theme.

Saturdays and Sundays from 12pm to 4pm at 40 Celebration Avenue, E20

Tune in to the broadcaster 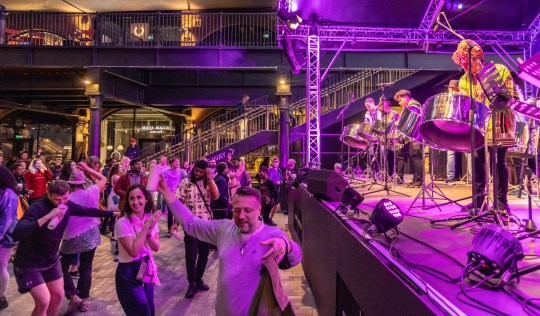 Remember when no one set foot near King’s Cross unless they were up to something good or had a small role in the prime suspect looking after a prison where a body may be hidden or Not? Well, those days are over, my friend.

Not only is it now a super chic place to shop and eat and drink and watch movies outdoors (no, outdoors doesn’t mean “naked”) but they host events like King’s Cross Summer Sounds totally free live music festival where you can do it all from classical to folk to jazz and beyond from all communities. And you can do all your shopping, eat out and drink while you’re down there… 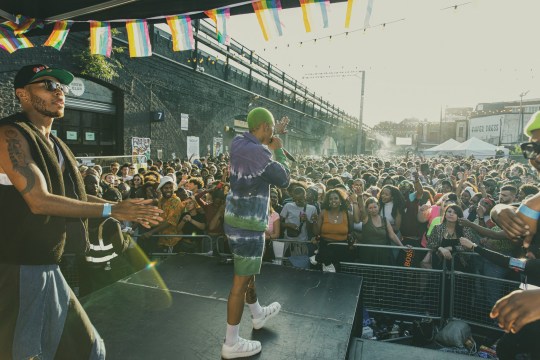 “The mission of the Faggamuffin Bloc Party is to increase the visibility of LGBTQI+ people of color with African and Caribbean heritage as part of the carnival,” it says here, and we think we can all get behind it…especially when it’s a free party involved in the Southbank.

They usually take bits and pieces of Hackney, all the kit and Caboodle has stepped in to bring carnival sounds and Caribbean rhythms to the banks of the Thames.

Wear something you can move in, grab your best friends and chill out… as someone on TV used to say. And as they say, it’s a recapture of liberation and resistance through celebration. Amen! 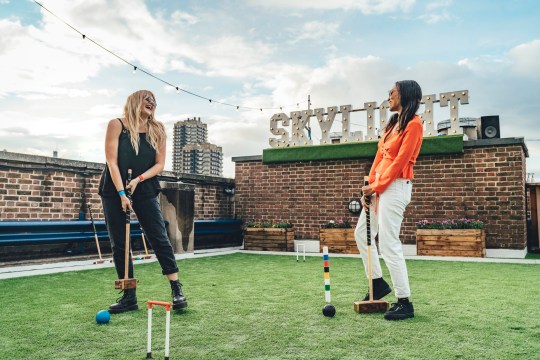 Some Sundays we can barely put our coffee cups to our lips, let alone get up, have breakfast, get ready, go somewhere… but with 50% off games at the Skylight Tobacco Dock, we have to, um, do our act together, because on none If so, we may miss croquet and petanque washed down with copious amounts of Skylight’s signature cocktails.

Because that would be silly, and if there’s one thing we’re not…add in great views across London, food options that come out of your ears, and we think it’s a great way to unwind the day after to recover the night before. Just don’t forget to book both your gaming session and your table.

Do you have a story to tell?

MORE: Free and low-cost art events to attend this summer

MORE : The best Pride events happening across England and Wales

MORE : London sights late into the night – now the Night Tube is up and running again