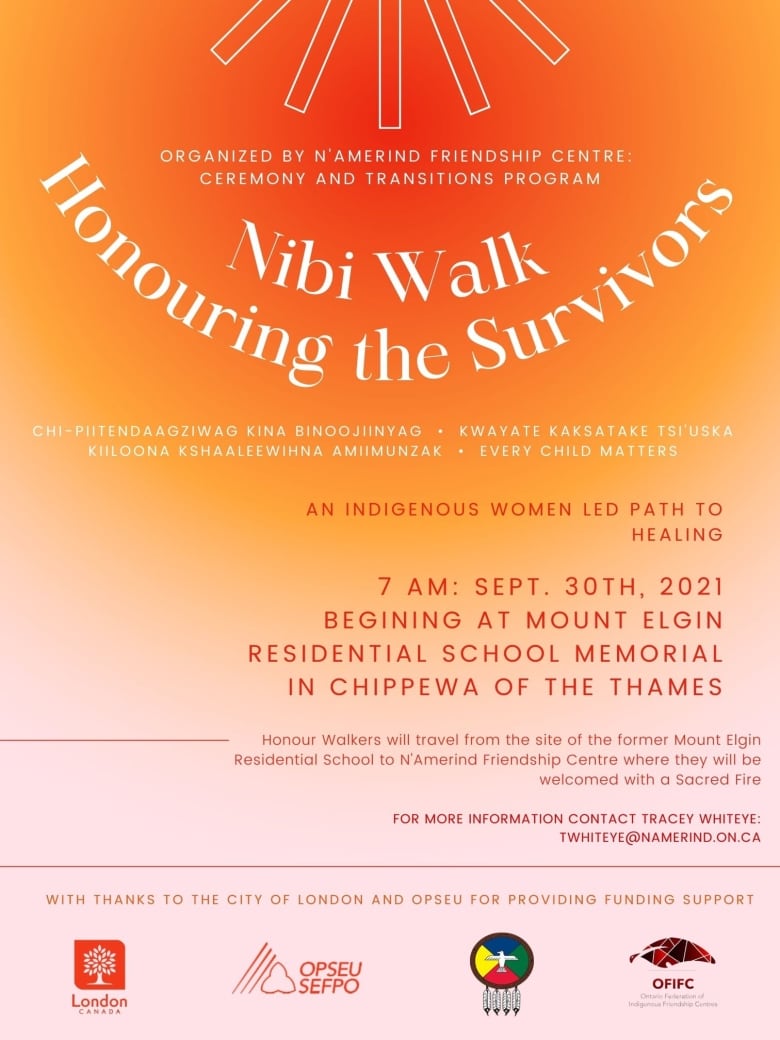 There will be three walks in London this week to mark the first ever National Day for Truth and Reconciliation.

Two of the three are organized by the N’Amerind Friendship Center in London; the other event is hosted by the Turtle Island Healing Walk.

The National Day for Truth and Reconciliation was enacted this summer by the federal government as a national public holiday. The day is designed to honor children who have been lost while attending boarding schools and survivors, as well as their families and communities.

The public holiday is one of the calls made by Canada’s Truth and Reconciliation Commission. Although it is not celebrated as a public holiday in the entire province, London will treat it as such.

This five-kilometer run, which can also be run, is organized by the N’Amerind Friendship Center. Although it was open to everyone, the registration is now closed. The event has been approved by the City and the Middlesex-London Health Unit and can accommodate 100 participants.

There are pre-walk events starting at 4:15 pm at Springbank Park in London. It’s a fundraiser for the center itself.

This walk, also organized by the N’Amerind Friendship Center, is approximately 20 miles long and starts at the former site of the Mount Elgin Residential School and ends at the center. It starts at 7 a.m.

The public can join the “honor walkers” on this full-day walking tour described as “an indigenous woman-led path to healing”.

This is not a walk in itself, but organizer Elyssa Rose says “you will go”. This event will take place on Thursday from 6:00 p.m. to 9:00 p.m. at Dundas Place in central London. According to the Facebook events page, it is about “honoring and healing through connection while promoting hope and reconciliation in our communities.”

During the three hours in the city center there will be vendors, conversations, art, food and music, among other things. Adrian Chrisjohn, Chief of Oneida Nation of the Thames, will be present at the opening, as will London Mayor Ed Holder. 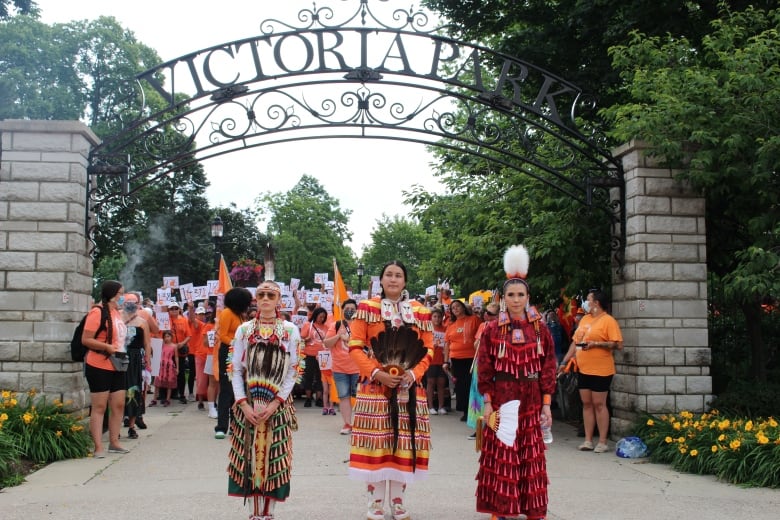 When it comes to how Indigenous allies can respectfully participate in this or other events on September 30th, Joel Kennedy of the N’Amerind Friendship Center suggests reaching out to the event organizers to see if allies are participating is possible and how.

A wise transfer? Itemizing in London may open fintech floodgates

The largest London restaurant openings in 2022

London police are nonetheless searching for suspects in a lethal teenage...

The London COVID-19 ambulance is making workers out there to deal...