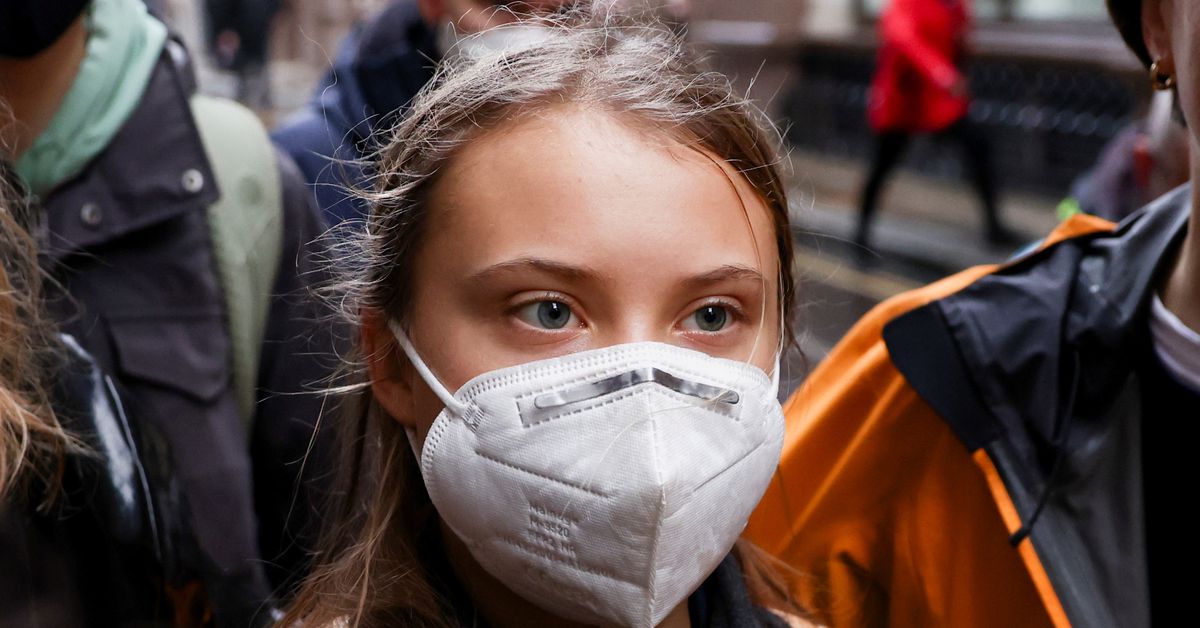 The high-profile global climate protester made a brief appearance on the streets of the City of London, the financial hub of the British capital, home to some of the world’s largest banks and financial firms.

Posters at the demonstration read “Keep It In The Ground” and “Can You Breathe Money?”.

The 18-year-old was accompanied in the narrow streets of the British capital by around 20 international climate activists from countries such as Namibia, the Philippines and Samoa, who will travel with Thunberg to the United Nations climate summit, COP26 for short, in Glasgow.

Besieged by TV crews and photographers, she positioned herself alongside other young protesters before leaving shortly after.

Thunberg told the BBC in an interview they wanted the banks to “stop funding our destruction” because so many are still funneling money to companies like oil majors.

Activists should rally in other cities, including New York and Frankfurt, to argue that big financial institutions should stop pumping money into fossil fuel extraction.

The final supermoon of the 12 months will soar over London...