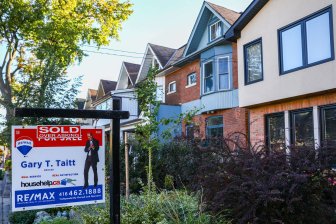 A Toronto-based artist has launched a campaign for Canadians to write letters to Our London Family.

June 6, 2022 marks the first anniversary of the vehicle attack that killed the Afzaal family, leaving 9-year-old Fayez as the sole survivor.

Asim Hussain, known professionally as @studentAsim, has received many letters to the family, including one from London, Ontario. Mayor Ed Holder.

“I was at the London vigil and was so impressed with the turnout from the people of London that came out,” Hussain said. “I thought, wow, are there any more ways to immortalize that kind of good.”

The idea came about after he facilitated something similar for the mass shooting in Quebec City on January 29, 2017.

“I received letters from Victoria, BC, to St. John’s, Newfoundland, and some letters from the United States and some other parts of the world. They were so powerful and intense and I feel like there are so many voices waiting right now.”

Hussain hopes people in Canada and beyond will express their feelings and help bring about change against Islamophobia. These letters will be immediately available on the site and will remain there forever.

Behind this initiative is Mariam Hamou, Councilor 6, City of London.

“I think people in London are still mourning,” Hamou said. “I think it will help all of us heal faster and heal together.”

Hamou encourages anyone who feels like writing a letter and getting involved in this healing campaign.

“Islamophobia does not only affect Muslims. It touches London and it touches non-Muslim people. So when we help each other bring all the different races together, it’s like we’re helping each other through our hatred and prejudice.”

Letters can be submitted through @studentAsim’s website to honor the family.