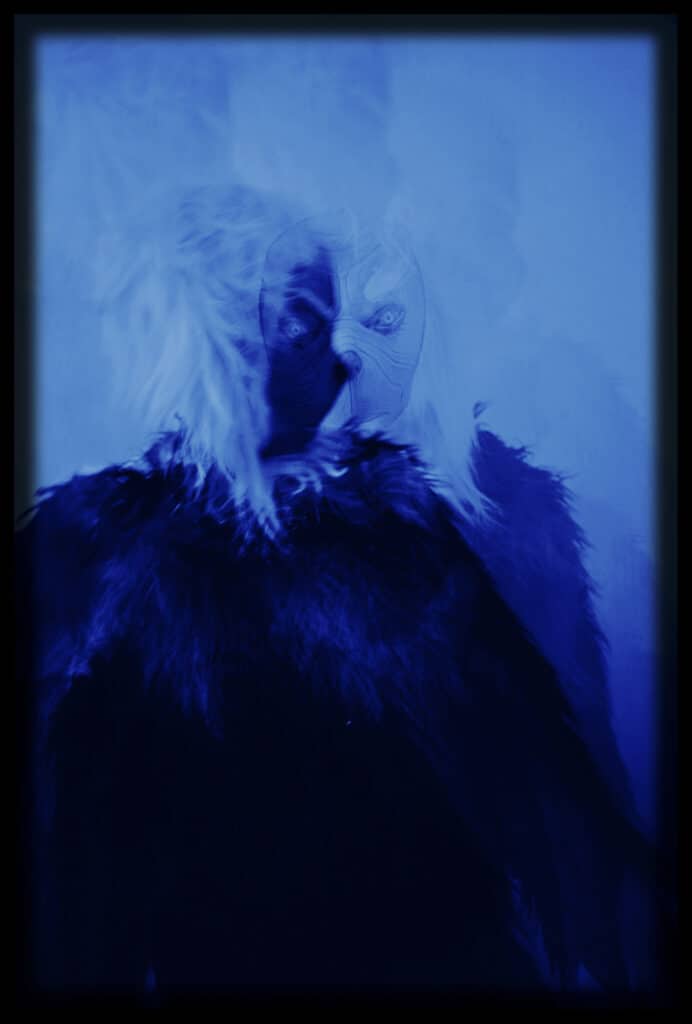 Jerwood Arts and Photoworks are opening two major commissions next week from winners of the latest edition of the Jerwood/Photoworks Awards, Heather Agyepong and Joanne Coates.

Heather Agyepong works on a commission that is both deeply personal and universal at the same time. ego death is a project about self-discovery, imperfection, compassion and radical acceptance. Meanwhile, Joanne Coates is building a body of work, The Lie of the Land, which explores the erasure of contemporary rural working-class history and culture, specifically questioning notions of rurality and women and the perceived stigma associated with them.

Now in its fourth edition, the Jerwood/Photoworks Awards is a key commissioning opportunity that supports emerging artists working with photography to create ambitious new work and transform their practice at a pivotal moment in their careers.

Heather Agyepong, Somebody Stop Me, from the series Ego Death, 2022

For the Jerwood/Photoworks Awards, based in London Heather Agyepong developed ego death, a project inspired by psychiatrist Carl Jung’s concept of The Shadow. According to Jung, the shadow is composed of aspects of one’s personality that are deemed inappropriate, that have been shamed and oppressed, generally during childhood and adolescence, by family, education, social norms, and other external factors. Jung argues that in adulthood, these authentic attributes develop into specific behavioral patterns that attempt to overcompensate for the undesirable traits, thereby becoming more socially integrated and accepted. In Ego Death, Agyepong was on a journey to discover and explore her own shadow; through this work to confront and make peace with it.

Exploring techniques such as free writing and painting, observation and self-reflection, Agyepong has identified seven different characters she encounters in the ego death series: The O Daughter, The Saboteur, D is for…, Georgina, Lot’s Wife, Only Pino and Somebody stop me. In an immersive installation of photographs, fabrics, sound and text, she creates a compelling visual language using double exposure to show how her shadow figures unconsciously appear in the world. Inspired by Tarell Alvin McCraney’s play In Moonlight Black Boys Look Blue, Agyepong instinctively chooses blue hues as the color palette for her self-portraits, symbolizing the state of vulnerability and the deep truth she has gone through through the creation of ego death. 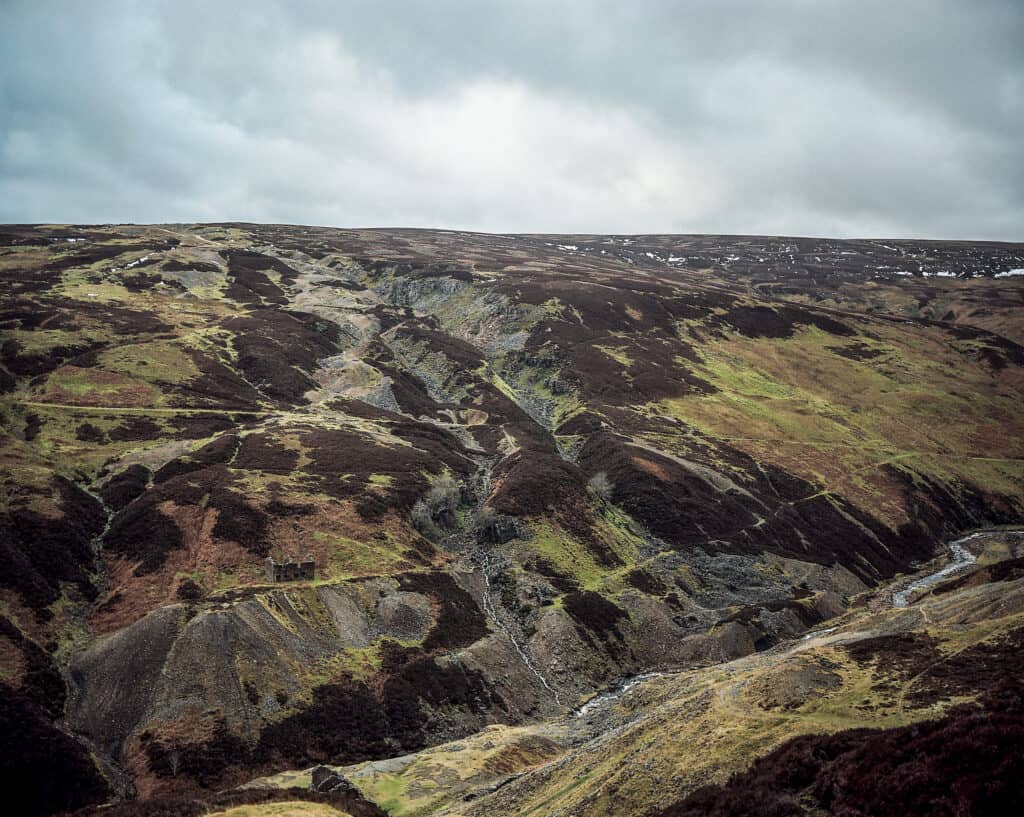 © Joanne Coates, The Hush, from the series The Lie of the Land, 2021, originally commissioned by the Jerwood/Photoworks Awards 4.

Yorkshire-based photographer Joanne Coates created The lie of the country, a work that explores the country’s social history and tells a story of gender and class long forgotten – or simply never told – in relation to the landscape of the Northeast. Coates works at the intersection of socially engaged practice and traditional British documentary photography, fusing them in a creative visual language that combines landscape, portraiture, still images and non-photographic elements such as sound. For this commission, Coates worked with twelve women who identify as workers living and working in rural or farm settings to develop a series of portraits that depict their individual life experiences. Using the “wandering” or stroll as a meditative tool and a notebook as a holder of daily reflections, they also reflect on the changes taking place in the rural areas, particularly by the new arrivals of wealthy people, and how this renders invisible the work of those responsible for sustaining life in the rural areas, the creation and dissemination of a distorted version of what rural life is really like. 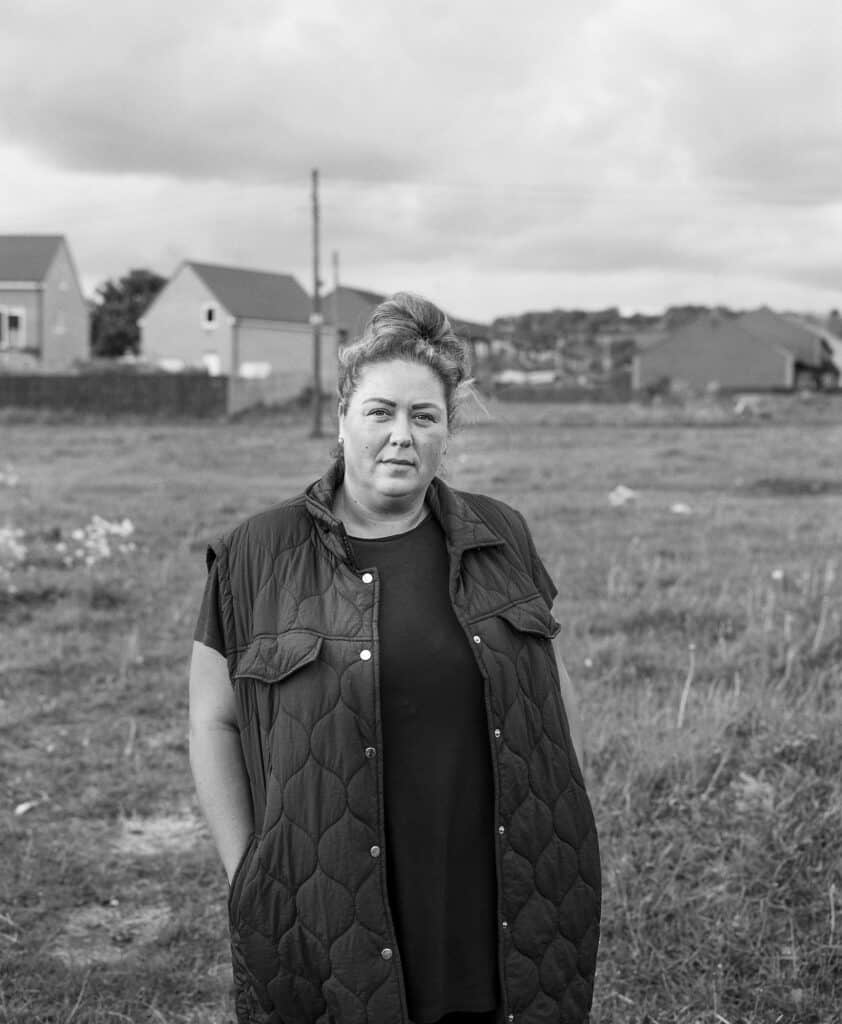 © Joanne Coates, Krystal Category D, from the series The Lie of the Land 2022, originally commissioned by the Jerwood/Photoworks Awards 4.

The characters in The Lie of the Land are real people but have been excluded from a mainstream depiction of the landscape. Through this commission, Coates navigates her own personal stories as she works with communities to which she belongs in rural North East England – she sees the work as an exploration of unresolved issues and a process of connection.? 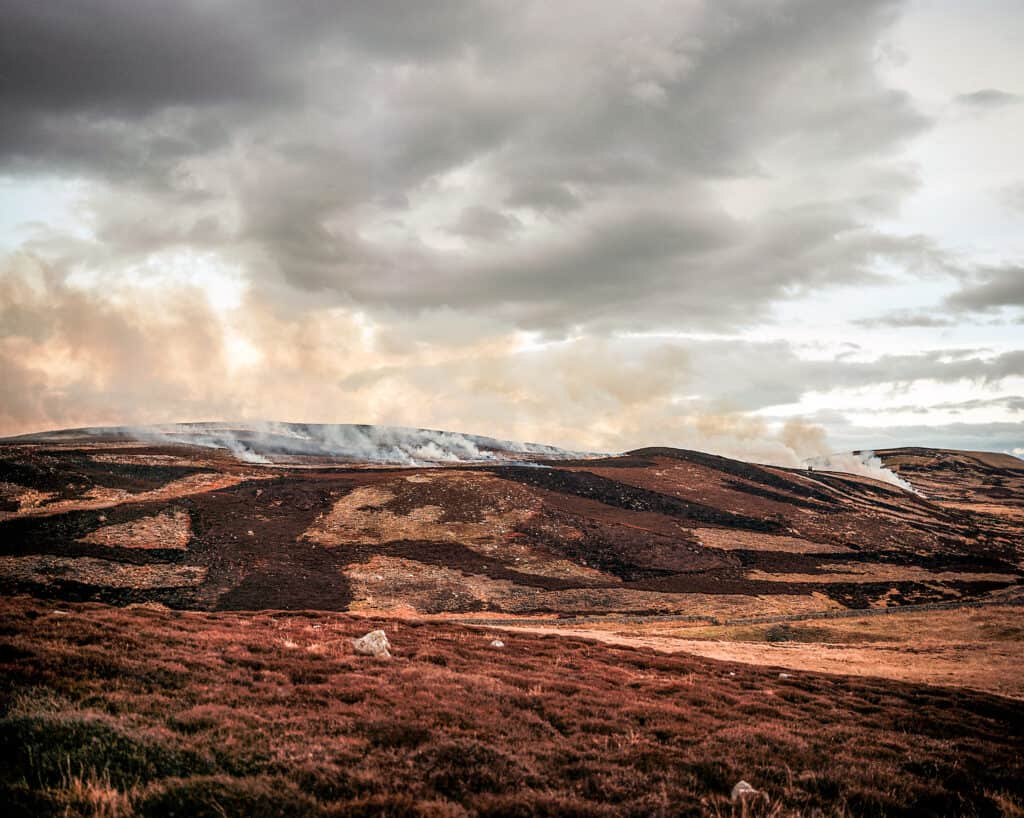 © Joanne Coates, Grouse Moor, Heather Burning, from the series The Lie of the Land, 2022, originally commissioned by the Jerwood/Photoworks Awards 4.

The resulting photographs are exhibited at various scales, including portraits of the women Coates worked with alongside landscape photographs of the hunting moors. A new sound track accompanies a short film focusing on close-ups of women’s hands doing chores and crafts – moments of labor on the farms. Journal entries reflect the changes in rural areas, and a full-size wooden grouse’s hindquarters, typically constructed for hunting trips, gives a subtle idea of ​​the political and class strife in rural areas.

Created by graphic designer and artist Rose Nordin, the accompanying catalog features essays by cultural theorist and critic Nathalie Olah and curator, researcher and author Pelumi Odubanjo. Through Fall 2022, Jerwood Space will host a public program that will highlight key critical themes in the exhibition and open new opportunities to experience the commissions and hear from the artists themselves.

The two artists were selected by a jury consisting of Christine Eyene (Lecturer in Contemporary Art at Liverpool John Moores University and Research Curator at Tate Liverpool), Joy Gregory (artist), Sunil Gupta (photographer), Julia Bunnemann (curator, Photoworks) and Harriet Cooper (Visual Art Director, Jerwood). Arts ). During selection, the jury was unanimously impressed by both artists’ powerful proposals that address important contemporary issues while providing a central opportunity for experimentation and development for both artists’ own photographic practice. The applicants were long-lined before the final jury meeting by staff from Photoworks and Jerwood Arts along with members of ReFramed, a Midlands-based network for Black, Asian and other people of color interested in producing photographic visual art. Both artists received an award of £15,000 (comprising £10,000 royalties and £5,000 production budget) with a support package from Photoworks and Jerwood Arts to create new work over a 12 month period.

The Jerwood/Photoworks Awards is a collaboration between Jerwood Arts and Photoworks, supported by Spectrum Photographic.

Heather Agyepong is a visual artist, performer/actor and maker living and working in London. Her art practice explores mental health and well-being, invisibility, the diaspora, and the archive. Agyepong uses both lens-based practices and performance with the goal of creating a cathartic experience for both herself and the viewer. She employs the technique of re-imagination to engage with communities of interest and the self as the central focus within the image.?

Agyepong has worked in photography and performance art since 2009 with a range of work that has been published, performed and exhibited in the UK and internationally. She was nominated for the Prix Pictet in 2016, 2018 and 2021. & Paul Huf Award nominated. Her work is in a number of collections including Autograph ABP, Center national des arts plastiques, Hyman Collection, New Orleans Museum of Art, Bristol Museum & Art Gallery and Mead Art Museum. She has been commissioned by a number of organizations including the Mayor of London, Photoworks, Artichoke and Tate Exchange. In her work for television/film and theatre, Agyepong is drawn to challenging and engaging writing with a fascination for unique voices. She was previously an associate artist with the black-run Talawa theater company and continues to perform nationally and internationally.? Agyepong was nominated for the 2018 South Bank Sky Arts Breakthrough Award, was awarded the 2020 Firecracker Photographic Grant, was selected to be part of Foam Talent and The Photographers Gallery New Talent Awards in 2021, and was awarded the 2021 Photo London x Nikon Emerging Photographer Award.

Joanna Coates is a working class photographer born and resident in North Yorkshire. Working across the north of England, Coates examines the rural environment, social class histories and inequalities associated with low income through photography, installations and audio. Coates was educated at the London College of Communication (BA Hons Photography). Her practice revolves around process, participation and working with communities. She is interested in questioning stories about power, identity, wealth and poverty.?

In 2020 Coates was commissioned as Artist in Residence at The Maltings and Newcastle University where she developed Daughters of the Soil which was exhibited at The Maltings and the Vane Gallery in 2022. In 2017 she was one of the artists working in Hull for the British city of culture. In 2016 she was recognized as a Magenta Flash Forward Top 30 Emerging Talent in the UK and in 2012, during her founding year, she received a Metro Imaging Portfolio Prize, a Magnum Portfolio Review and the Ideastap Innovators Award.

Prince Charles and Camilla go to a dinner desk in south...