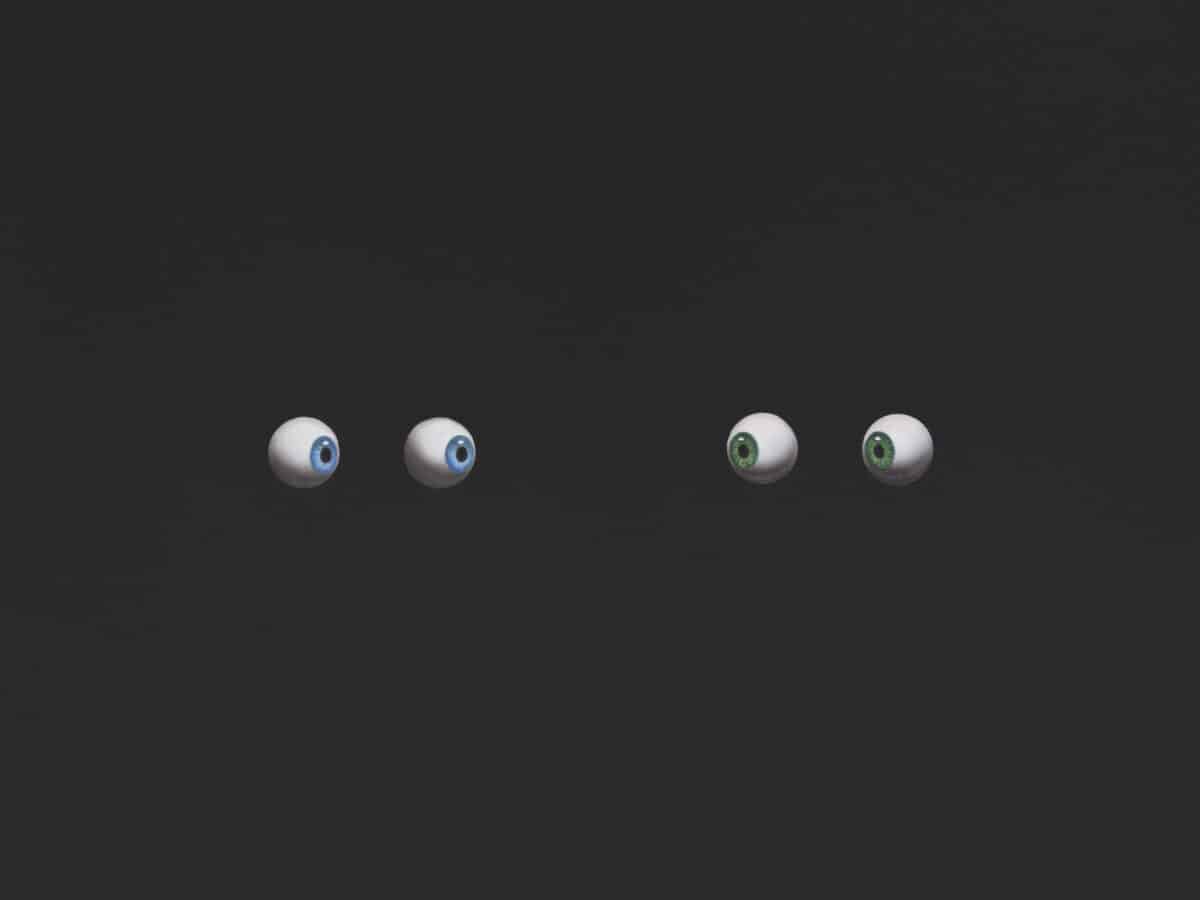 For Van Hanos’ first exhibition in London, the Marfa-based artist presents a series of new paintings that, for the first time, focus exclusively on experimental figuration. In Hanos’ ever-evolving practice, each exhibition is an extension of his earlier work; his recent presentation in New York (Conditional Bloom at Lisson Gallery, 2021) focused on diverse abstractions of form, while the artist is now dedicated to expanding our perception of the medium and the traditions surrounding figurative painting. In this new series we see Hanos thinking about painting in a different way, freeing his and our own understanding of allegory and image, and reflecting on what makes portraits portraits and not just illustrations of a character. Some paintings are intentionally conceived as portraits – shaped by a deep and conscious affection to capture the likeness of the person – while others are painted as symbols or vehicles for narrative. 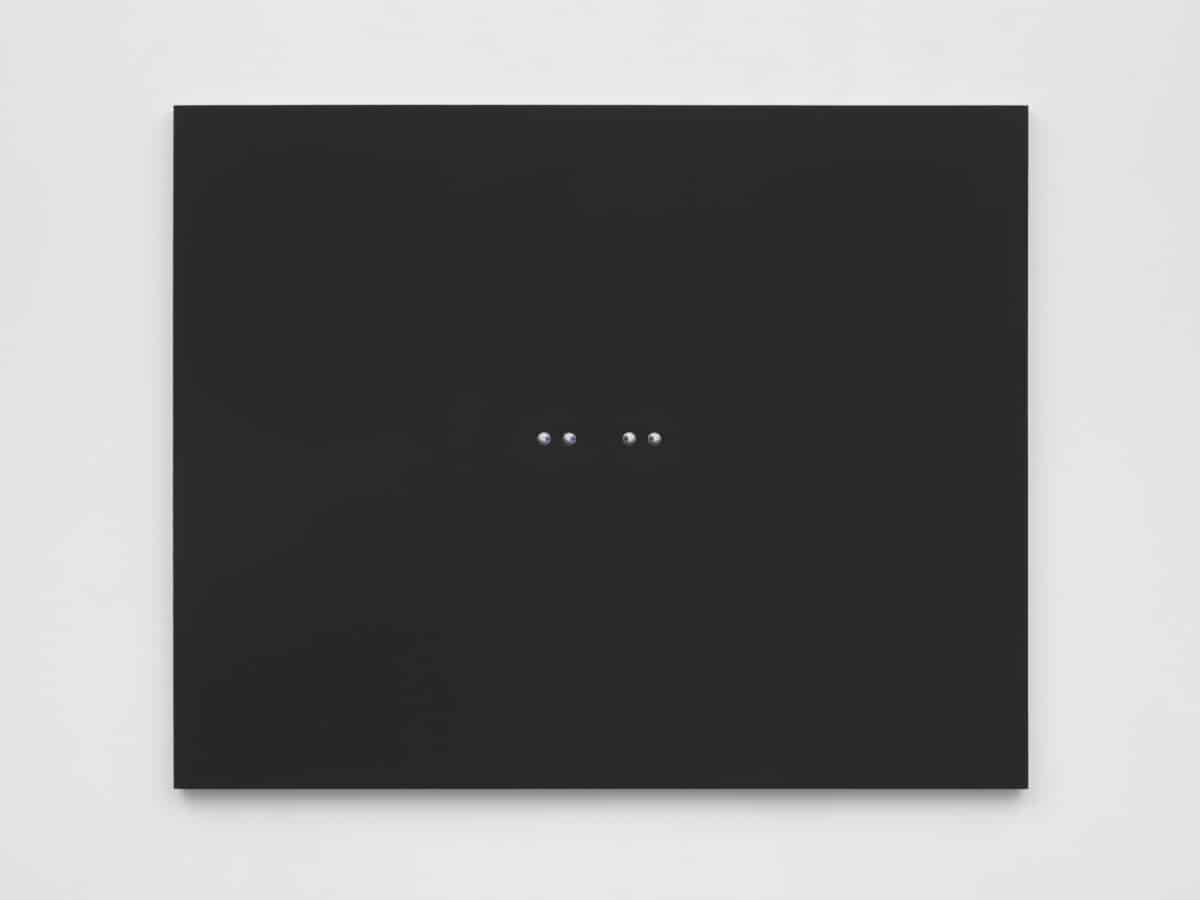 The premise, titled Twin, arose from a conversation between Hanos and his twin brother, who shared his initial vision for the gallery space, viewing the trapezoidal spaces as a pair and marking this as the painter’s second exhibition with Lisson. The notion of twins rather than twins also encourages reflections on the self, the singularity in the couple, which Hanos used as a springboard to explore with mirrors and echoes and to focus on the creation of images from other images. Twins (all works 2022) is a painting in the exhibition (inspired by Sam Potthoff, 1979) depicting two pairs of eyes in a black void.

These eyes represent babies in the womb, with the dark background suggesting a body. Next to it is
Doppelganger, with nudes in a landscape, based on a photograph taken at a natural spring in Agua Fria in the Whistler Mesa region near the border with Mexico. Hanos projected this image onto his garden and then lured a collection of wild creatures to the scene. This multi-layered, dense approach demonstrates how Hanos often approaches his work: layering ideas to create a new existence based on real people and places, yet manufactured physically and digitally—making it both reality and fantasy. 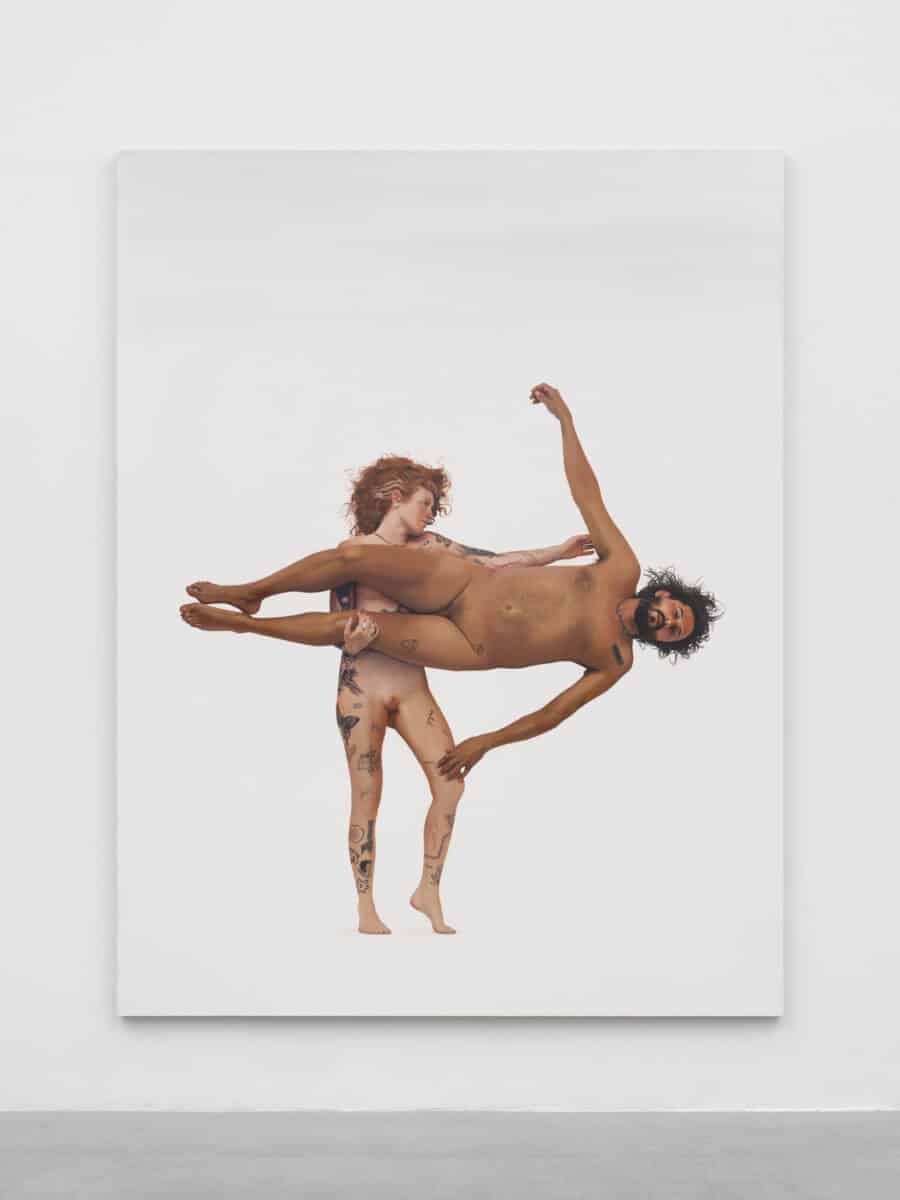 Other works in the exhibition include (Diana And Beau) The Archer, two sincere, delicate figures that together form the shape of an arrow and serve as a contemporary personification of the goddess Artemis; and Offering, which features a woman in the water beneath a pair of male twins modeled in sync – the setting is inspired by prehistoric sites in the Lower Pecos Canyonlands in Marfa. Here one of the male twins offers a small figure in hand to the mountain as a totem, while the other looks into the eyes of the mountain as if representing a waking dream. 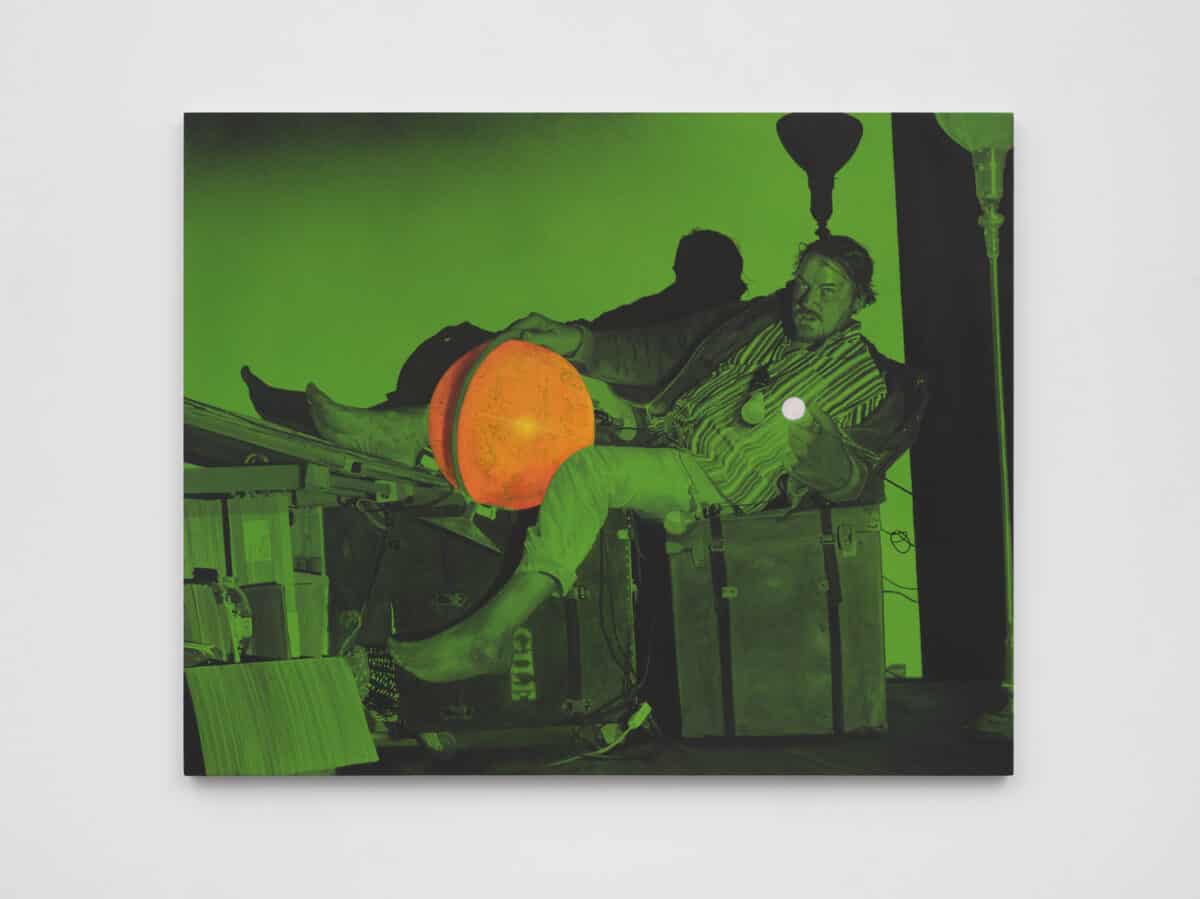 Traditional portraits of two of Hanos’ closest friends are also presented: Portrait of Sam Salazar, which is itself a vignette of Marfa, as the subject’s family lineage dates back some 10,000 years to Marfa; and David, an intense, psychedelic portrait realized with the stylistic approach of Michelangelo’s David sculpture (c.1501) – the lightbulb replacing the stone, the globe as the head of Goliath. Next to it is Erin Erin Echo, the title refers to the Narcissus myth from Ovid’s “Metamorphoses”, the beautiful youth who rejected Echo and fell in love with his own reflection.

The exhibition also features a new ceramic-glazed sculpture, Boy with Thorn, which depicts a wounded boy crying and whose tears are reborn as a fountain. The sculpture rains down tequila (a drink typically made and packaged in ceramic jars) and serves as a dark tragic comedy about the effects of drug abuse.

A number of paintings in the upstairs galleries relate to the works presented below as a break with the forms outlined in the larger works. While the larger paintings progress through portraiture, allegory, and shape overlays, these smaller works feel like a practice in process—academic sketches or studies in which ideas are played out: representations of thought. 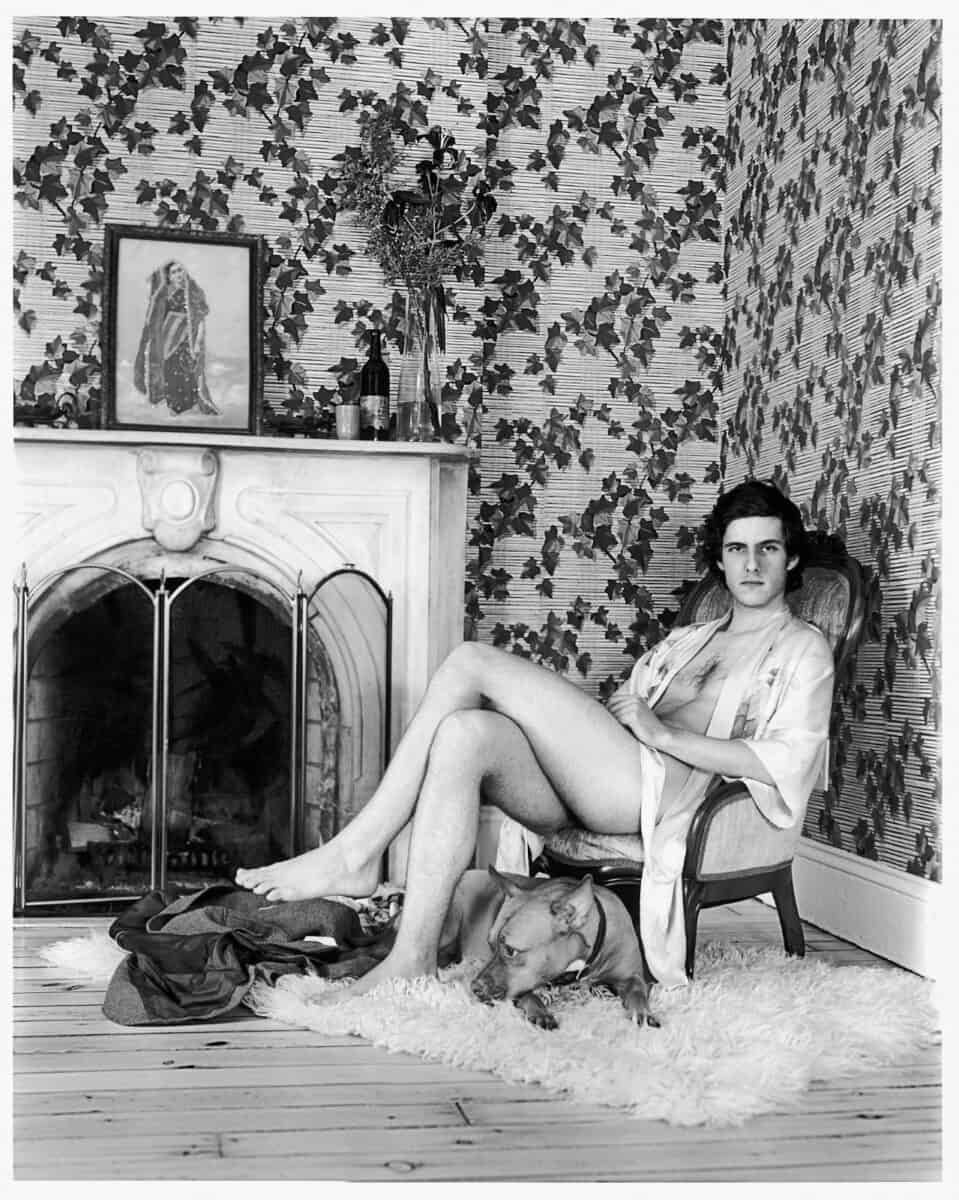 Van Hanos’ approach to painting is best defined by its stylistic freedom and renunciation of any particular mode or method. From landscape to portrait, beyond categorization as figuration or abstraction, his work navigates through shifts in perception and thematic breaks. Hanos explores the vast range of possibilities within the human mind and human experience, and his paintings can be created as meticulous oil renderings of images drawn from photographs with technical precision and photographic tendencies, or as sublime, abstracted fusions of past observations and musings with internal references to others Paintings or themes of the past and overlaid with meaning. Hanos’ work always invites the viewer to look more closely – as what is first experienced must undoubtedly change with continued investigation. Van Hanos (born 1979) currently lives and works in Marfa, Texas. He holds an MFA from the Maryland Institute College of Art, Baltimore, MD, USA (2001) and an MFA from the School of the Arts, Columbia University, New York, NY, USA (2010). Recent solo exhibitions include Interiors at Château Shatto, Los Angeles, CA, USA (2020); Mommy’s Boy at Cleopatra’s, New York, NY, USA (2017); Late American Paintings at Château Shatto, Los Angeles, CA, USA (2017); Awake At The Funeral at Tanya Leighton, Berlin, Germany (2017); Van Hanos at Parapet Real Humans, St. Louis, MO, USA (2017); Intercalaris at the Rowhouse Project, Baltimore, MD, USA (2016); and Van Hanos at West Street Gallery,
New York, NY, USA (2011). Selected group shows include A Cloth Over a Birdcage at Château Shatto, Los Angeles, CA, USA (2019); The Land That I Live In at Matthew Brown’s, Los Angeles, CA, USA (2019); Pine Barrens at Tanya Bonakdar, New York, NY, USA (2018); An Uncanny Likeness at the Simon Lee Gallery, New York, NY, USA (2017); The Lazy Sunbathers at Sies + Höke, Düsseldorf, Germany (2015); The Ninth Season of The Artist’s Institute with Carolee Schneemann at The Artist’s Institute, New York, NY, USA (2015); and Call and Response at Gavin Brown’s Enterprise, New York, NY, USA (2015). Paintings by Hanos were included in the group exhibition The Rest at Lisson Gallery New York from January to February 2019 and his work was the subject of a solo presentation at Lisson Gallery East
Hampton in August 2020. His work is part of the permanent collection of the Institute of Contemporary Art, Miami.

The outsider: why Katherine Mansfield nonetheless divides opinion 100 years after...

Credit score Controller job with UNIVERSITY OF THE WEST OF …...