After the truck attack that killed four members of a Muslim family while walking in London, Ontario, Omar Hamam and Ingy Akkary sat down with their children to explain what a hate crime is.

“The first thing my son said to me afterward was, ‘I’ll never walk on a sidewalk again. I’m so scared of walking and I don’t,” said Akkary, whose son Youssef is a classmate with Fayez, the nine-year-old boy who survived the attack.

Youssef’s older brother then turned to him and said, “‘No, we go and we will go. But if we see a car coming, we will run back in,'” said Akkary.

“That actually broke my heart … that they were really scared. It’s too much for their little brains.”

Hamam, who runs a chain of restaurants with his wife in London, Ontario, said his instinct is to protect his children – Malek, 10, Youssef, 9, and Mariam (5) – from “the smallest of things,” but that Attack left his community shaken.

“I don’t want my kids to be scared, but I feel helpless that there is really nothing I can do about it,” he said.

Dr. Javeed Sukhera, a child and adolescent psychiatrist, says it is important that children know that they are loved unconditionally. (Ben Jamieson / CBC)

Dr. Javeed Sukhera, child and adolescent psychiatrist at the London Health Sciences Center, said it was important to give children space to deal with traumatic events like this.

That means letting them explore their own feelings and make sure adults don’t “force our grief or our emotions on them,” he said.

“It’s also important to make sure they know they are loved unconditionally.” 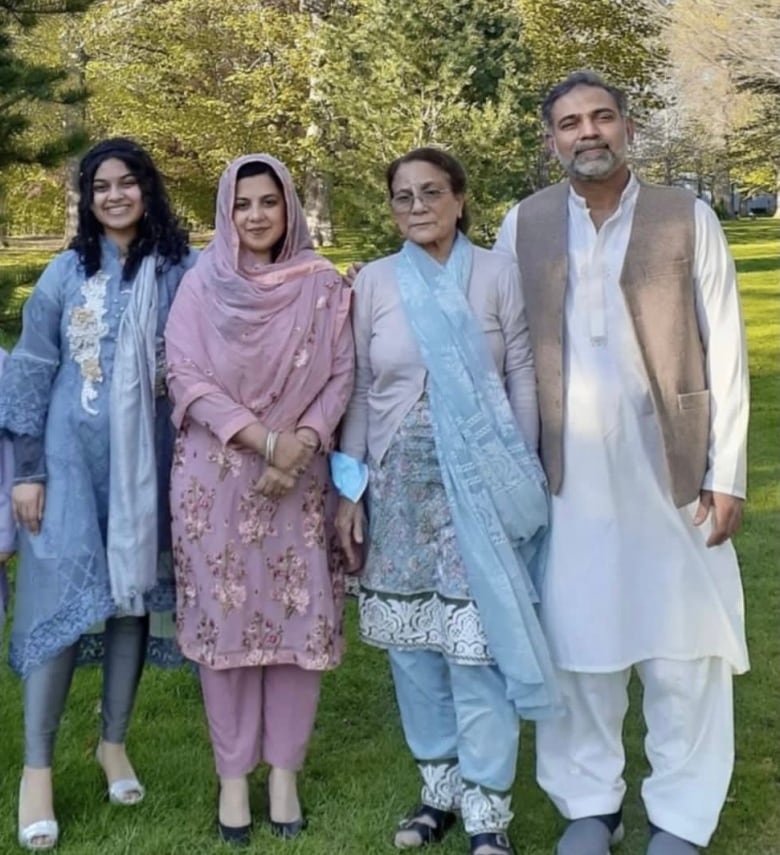 From left, Yumna Afzaal, 15, Madiha Salman, 44, Talat Afzaal, 74, and Salman Afzaal, 46, were on an evening stroll in London, Ontario on Sunday when they were hit and killed by a man police say she was from anti-Muslim hatred. (Submitted by the Afzaal family)

Police later arrested a 20-year-old driver who allegedly targeted the family for their Muslim beliefs.

Nine-year-old Fayez was the only survivor. Hamams and Akkary’s son Youssef wanted to know who would look after him.

“He actually cried and asked me if he could live with him,” said Akkary.

“And I explained to him that he has a family, he has support. He has all the community that supports him.”

When Hamams and Akkary’s children expressed their fear of going outside, they told them that this is what the attacker wanted to do – to scare the Muslims – and that they should not allow it.

“They were so confused that there is one person who can have all this hatred in their heart for doing something like this,” said Akkary.

Help children not to be afraid

Sukhera also wants to make sure that his children are not afraid of their Muslim identity and helps them to confront and process the attack.

“We had to pass the place yesterday and my kids wanted us to take a different route,” he said.

He refused and told his children not to change their behavior.

“I think it’s important that we don’t look away and remember,” he said.

Sukhera also knew the Afzaal family personally and remembers them smiling as always, with “hearts of gold”.

CLOCK | Thousands gather in London, Ontario to honor the family killed in an attack:

Large crowds gathered outside a mosque in London, Ontario to honor members of the Afzaal family who were killed in an attack, police say they have been targeted for their Islamic beliefs. 4:11

The attack will continue to weigh heavily on him for some time to come.

“I’ll think of every black pick-up truck that goes by. I’ll think about what we’re wearing and … how we look on people,” he said.

“But I will also think about how important it is when I am with my children that they are not afraid to be who they are.”

Look for love in your community: teacher

At a vigil outside the Muslim mosque in London on Tuesday evening, 10-year-old Abdalla Kamil said he wanted to attend the commemoration because it was important to be with his community.

“We live together, we don’t have to fight together.”

“It’s not good to fight together, so we should love each other.” 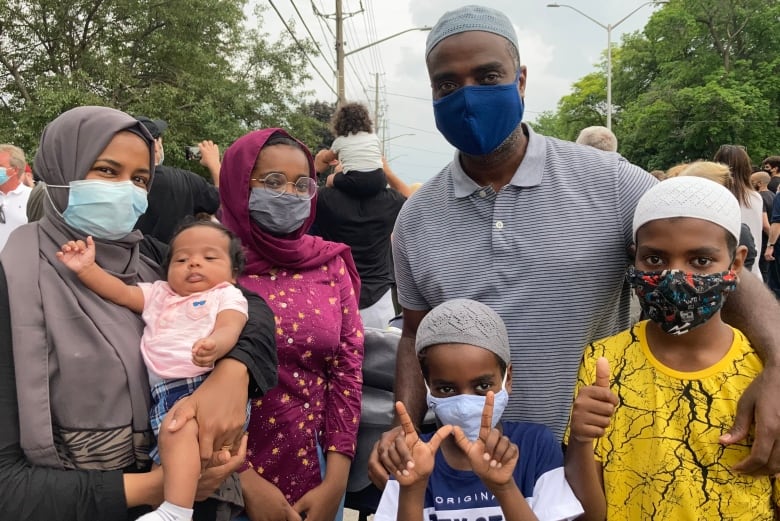 Ten-year-old Abdalla Kamil in a yellow T-shirt with his family at the vigil in London on Tuesday. (Ben Jamieson / CBC)

Laila Abou Shamalah, a teacher at Westminster Secondary School in town, said the children in their lives asked “really tough questions” about the attack, some of which led them to reevaluate their feelings and the bigger picture consider .

Her own daughter asked, “Why don’t they like us? … Is it because I love Allah? “

“I stepped back and said, ‘You know what? Yeah, why are they doing this to us?'” Abou Shamalah told The Current.

“Because we love someone or because we pray to them? It is none of their business to whom we pray or whom we love, is it? ”

Abou Shamalah teaches English and English as a second language and uses her Arabic to reach newcomers to Canada. She has told her class that she is available to speak to students, including a girl who was too scared to go for a walk this week too.

“I asked her, ‘Have you seen any hearts on the sidewalk in your neighborhood?'” Abou Shamalah said, referring to chalk drawings people made to show their support. 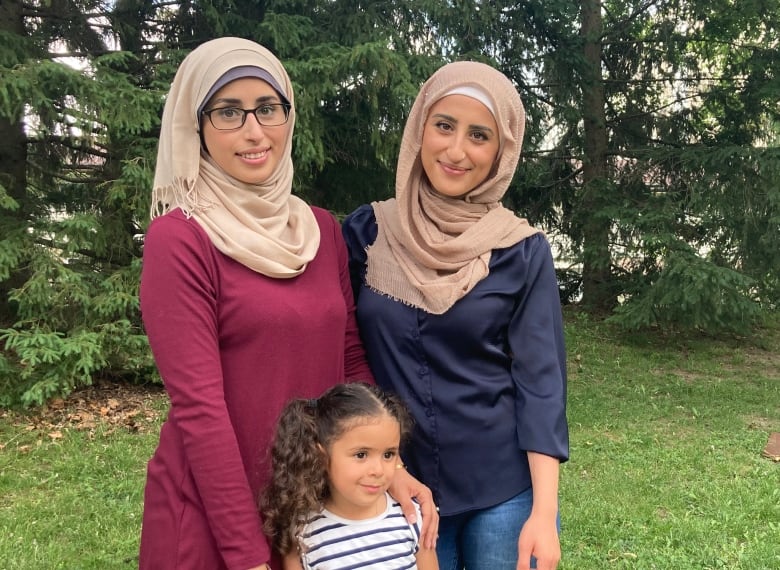 The student said yes. So Abou Shamalah asked them if non-Muslims had checked in their neighborhood and expressed her condolences.

Abou Shamalah told her that if she was looking around her community and “if these people are loving and take care of you … take this walk.”

“I told her not to be afraid, but if she’s afraid to take someone with you.”

Listen to full episodes of The Current on CBC Listen, our free audio streaming service.

For Sale: The Finest London Properties With Non-public Gyms | ...

The London-area well being unit is quickly appointing a brand new...

Vaccine mandates right here to remain for many massive establishments in...